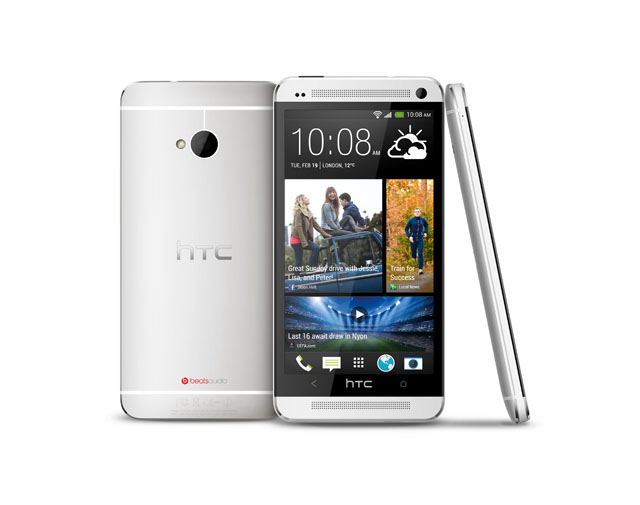 preview Despite the strong quality of its smartphones, HTC has proven itself unable to break into the upper echelons of the smartphone market where only Apple and Samsung live. Will the Taiwanese manufacturer’s new flagship handset be the One that will bring it all back for HTC? Read on to find out.

Note: This article represents an advanced look at the design, features and likely performance of this product, but we haven’t actually tested or played with it extensively ourselves it yet. A follow-up full review will be published when we have.

Design
We’ve always really liked the design of HTC’s handsets, and the company appears to have dialled its efforts up to maximum with the One. There are definitely elements of previous HTC models here — the One X/XL and S particularly come to mind, but with the One HTC appears to have taken its already stellar design sense one step further, integrating much of the ethos which we liked in previous HTC models with some of the more finessed style found in Apple’s iPhone 5.

The One is similar in size to HTC’s previous One X/XL models, which you would expect given that it features a similar 4.7″ screen. However, its casing is fundamentally different — being composed of aluminium, not unlike the casing of the iPhone 5. This casing comes in either dark grey/black or white. Also, unlike some HTC models, which have had a tapered feel, or the iPhone 5, which is flat, the back of the One is slightly curved towards the centre in a way which reminds us a little of Apple’s new iMacs.

HTC also appears to have taken cues from the iPhone 5 with the chamfered edges of the One. And, as with the iPhone 5, it has cut down the amount of casing which surrounds its large screen on both the left- and right-hand sides, as well as above and below the screen. Of course, the usual HTC volume rocker button can be found on the right-hand side of the smartphone, the power button and 3.5mm headphone jack sit on top, and a micro-USB port sits on the bottom. The camera is in the usual place on the back, and there’s a front-facing camera and two rather large speakers on the front.

There’s one unusual element to the One’s design in that one of the normal three Android capacitive buttons (the multi-tasking button) has been removed, with only the home and back buttons remaining. We never really used the multi-tasking button ourselves, so we don’t see this as a huge issue, but some users may take a while to get used to it.

In general we’d have to say this is the best-feeling HTC smartphone we’ve played with, and given how strong the company’s design ethos has been for some time, this is a real statement. You won’t want to put the One down after you’ve been playing with it for a while; it feels like the perfect merging of the design philosophies of HTC and Apple, and while that might give some of the intellectual property lawyers a headache, we absolutely love it. The One screams quality in all aspects of its design.

Features
The One is one of the most advanced handsets you can buy right now when it comes to its featureset. Seriously — this is one handset which is pretty much in a class of its own right now, with only Sony’s Xperia Z really challenging it. We’re sure Samsung and Apple have some contenders coming up soon as well, but right now the One is close to being top dog on paper.

The One’s beating heart is a Qualcomm Snapdragon 600 quad-core CPU running at 1.7GHz. It comes with on-board storage of 32GB or 64GB, depending on which model you buy, and 2GB of DDR2 memory. It supports the 1800MHz 4G/LTE networks used in Australia by Telstra and Optus (as well as Vodafone), and supports NFC for mobile payments. The micro-USB port used for charging and synching can also be used as a HDMI output connector with a special cable, and there’s also an infrared connector that is designed to be used to communicate with your television. The battery is a 2300mAh model.

The One features dual frontal speakers with “built-in amplifiers”, a high-definition microphone and what HTC is boasting as “studio-quality sound” with its Beats Audio partnership. We’ve always been a bit ambivalent about Beats Audio, but the One’s speaker setup does look to put most other smartphones to shame at this point.

And then we get to the really good stuff.

The One’s 4.7″ screen does full HD at a resolution of 1080p (1080×1980), which delivers it a pixel density of 468 pixels per inch. To say this is incredible is an understatement. For comparison, the next-closest smartphone in terms of screen pixel density is Sony’s just-released Xperia Z, which has a pixel density of 441 PPI; this comes about because the Xperia Z has the same resolution as the One, but a slightly larger screen at 4.7″. For comparison, the iPhone 5’s retina display only does 326 PPI. HTC is touting the One’s screen quality as the best on the market, and it is pretty amazing. You won’t be able to see any individual pixels on this baby. It’s that good.

Then there’s another major new feature in the form of the One’s main camera. In 2012, much of the smartphone industry standardised on eight megapixel cameras. In 2013, Sony has already gone larger to 13 megapixels, but HTC has actually gone the other way, to a smaller pixel rating of four megapixels. The catch is that HTC has developed what it terms ‘ultrapixels’ which let its smartphone cameras capture dramatically more than conventional cameras. In short, HTC’s megapixels are probably not directly comparable to other megapixels.

And then there’s a bunch of extra HTC software and customisations bundled which you may or may not like, depending on your personal preference.

Firstly, you’ll need to get used to a home screen takeover called HTC BlinkFeed. HTC describes it as a “bold new experience that transforms the homescreen into a single livestream of personally relevant information such as social updates, entertainment and lifestyle updates, news and photos with immersive images so that people no longer need to go to separate applications to find out what’s happening”. We call it a mix of Microsoft’s Windows Phone user interface with a bunch of feeds pulled from places such as your social networking profiles … and while we’re sure many will like it, we don’t think it’s so crash hot as we generally prefer stock Android over vendor customisations.

There’s also HTC’s Zoe functionality, which gives the One’s camera the ability to shoot high-res video snippets of three seconds of length — similar to the way Twitter is now doing six second videos. Again … we don’t understand why HTC has to create its own standard for this, with companies like Twitter doing it already.

The audio experience on the One has also been re-badged BoomSound, and the TV remote control functionality has been labelled HTC Sense TV. And of course a new version of HTC’s Sense overlay will be layered on top of Android 4.1.2 (with an upgrade to 4.2 in the works).

Performance
As always, it’s hard to judge the performance of a handset before we get it into our labs, but from the cursory examination we had of the handset at the Sydney launch event last week and the accounts of other online reviewers, the One looks like an amazing handset which is likely currently the best available globally.

The Verge wrote in its hand-on with the One: “We got to spend a brief amount of time with the new phone and have come away mostly impressed and somewhat perplexed … The interface was fast and fluid in our experience”. CNET added: “In the limited time I’ve spent with the HTC One, I can definitely say it’s fast, thin, and flaunts a very sexy design. Of course these words describe a lot of new smartphones. If the phone’s screen and camera live up to the hype, however, then HTC may have a big winner on its hands.”

And Engadget wrote: “In the end, we walked away tremendously impressed with what the HTC One has to offer, especially in terms of hardware … With this phone, HTC’s crafted something truly special — it’s now critical that the company follow through with strong marketing and prevent the carriers from fragmenting its vision. Will this be the one? We sure hope so.”

We do have some reservations, however, and aspects of the HTC One which we’ll be wanting a closer look at. For starters, owners of the HTC One XL will know that HTC’s recent LTE efforts have been big battery drainers. We’ll want to check out the One’s battery life. The new ultrapixels need to be tested out and compared to see whether they are up to spec with traditional megapixel cameras, given that this is a new technology. In addition, we will be playing close attention to how well Sense and BlinkFeed work on the One — frankly, this hasn’t been a highlight of HTC’s work in the past, and we want to see whether these features are impediments to the Android experience.

However, in general, without being able to give the phone a complete review yet, we have to say that the One is looking right now like it’s close to being the best Android smartphone available and close to being the best smartphone of any stripe around. Of course, that stature may not last long, with Samsung’s Galaxy S IV and a new iPhone on the way. At any rate, the One should at least be on your list for options if you’re a new smartphone buyer in early 2013.

Conclusion
HTC’s new One smartphone is likely to be one of the best smartphones of any stripe in 2013, but we need to see how its proprietary Android add-ons, battery life and new camera style function before we can offer an unreserved recommendation to buy it. Hold on for a few months until some decent reviews come out about this one — and also wait until Samsung’s new Galaxy S IV handset is unveiled in March before making a choice.