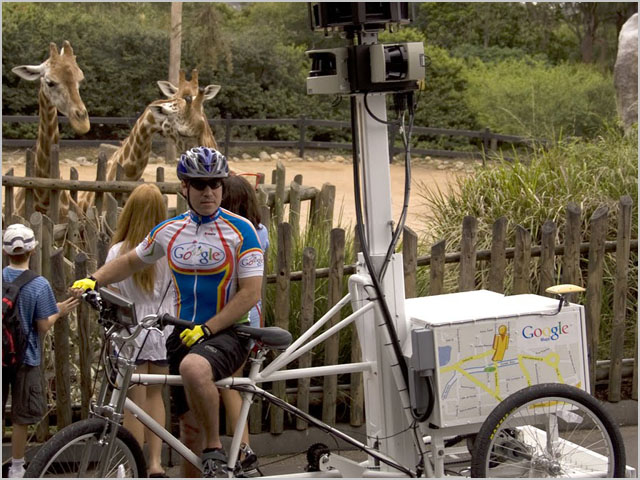 Google today updated the imagery on its controversial Street View service in Australia for the first time since the Wi-Fi sniffing scandal emerged late last year.

Google’s Street View works in conjunction with Google Maps, allowing users to view interactive images of areas across Australia and many other countries around the world. But following the disastrous revelations Google’s cars that drive around collecting the images were collecting information about unsecured WiFi networks, Google took all its vehicles off the road and stopped updating data pending investigations into what had occurred.

Most investigations into the incident were completed by the end of last year, however it wasn’t until May this year that Google Australia released the findings of a Privacy Impact Assessment (PIA) report which found that although there are no current Australian laws prohibiting the collection of Street View data, should the service resume they must “remain respectful” to Australian residents.

The company appears to have now moved on from the scandal however, with higher quality images believed to have been taken before the scandal now uploaded and available on the service.

“Today we’re excited to announce that updated Street View imagery of Australian towns and cities is live in Google Maps,” Andrew Foster, a Google Product Manager said today in a post on the company’s Australian blog. “We’re excited to publish this newer, higher quality imagery and hope you enjoy using it to explore and share Australia with your friends.”

As detailed in the PIA report, images taken by Google’s Australian Street View team go through a lengthy process before they’re uploaded to the site.

The hard drives are then sent to the United States for processing, where the data is uploaded and faces and number plates blurred. Only then do global Google employees gain access to the information captured.

Foster also confirmed that Google is now working on preparing its Street View cars to once again resume taking images across Australia, with the search giant planning to begin driving “later this year.”

Google Australia also operates a Street View trike which tours around public locations where vehicles cannot gain access such as parks, zoos and Australian icons. It’s not clear if any imagery from the trike was updated in today’s refresh.