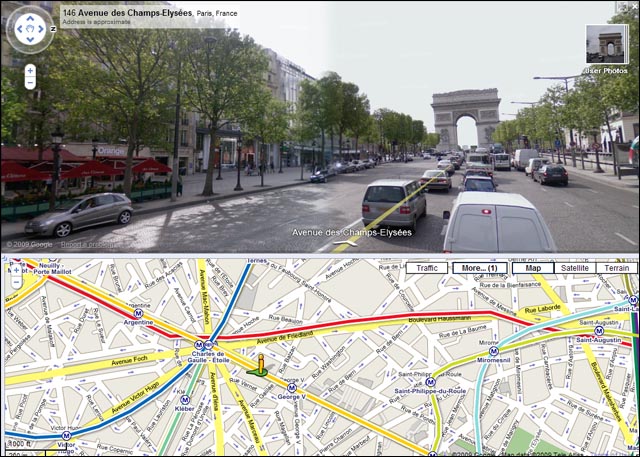 Search giant Google today revealed that several months ago it had destroyed the payload data its Streetview cars had collected over the past several years as they brushed past Wi-Fi networks on their journeys around Australia, finally putting an end to one of the Australian technology sector’s most controversial privacy scandals.

After the Federal Privacy Commissioner finalised an investigation into the gaffe in July last year, concluding that Google had breached the Australian Privacy Act with the data collection, Google had committed to conduct a privacy impact assessment on any new Street View data collection activities in Australia.

Today, the company published that assessment, noting in it that the data collected had finally been gotten rid of. “You may remember that our ultimate goal was to delete the payload data,” the company said in a post on its Australian blog under the name of senior vice president of engineering and research Alan Eustace. “We can report that this was completed in February under independent supervision.”

In addition, after completing the privacy assessment, Google said it would undertake a number of measures to ensure the Street View data collection process — which is used to provide street-level photography features to the company’s Google Maps products — respected Australians’ privacy.

Firstly, the company will ensure the images displayed in Google Maps are not real-time — they are delayed between the time they are shot and the time they are displayed. Secondly, it will use software to automatically blur faces and licence plates, as well as providing a form where users can request further blurring or removal of any image.

“In addition, we have made some changes to our process,” Eustace wrote. “We removed all WiFi equipment from our Street View cars and will not be collecting any WiFi data via the Street View cars.” The company has also appointed an internal director of privacy, as well as enhancing its privacy training program for employees and requiring every engineering project leader to maintain a privacy design document for each project they work on.

Not everyone agrees Google should stop collecting Wi-Fi data — a number of people, including systems administrators, pointed out last year that it was easily possible for users to secure their own wireless networks from public intrusion. Many broadband routers ship by default with this level of protection enabled, and the use to which Google put the legitimate data it collected was to allow smartphones to triangulate their location.

However, in its blog post today, Google appeared to be quite contrite about the episode.

“We want to reiterate to Australians that our collection of payload data was a mistake for which we are sincerely sorry,” wrote Eustace. “Maintaining people’s trust is crucial to everything we do, and we have to earn that trust every single day. We are now looking forward to getting Street View cars back on the roads and continuing to provide a product that is useful for all Australians.”