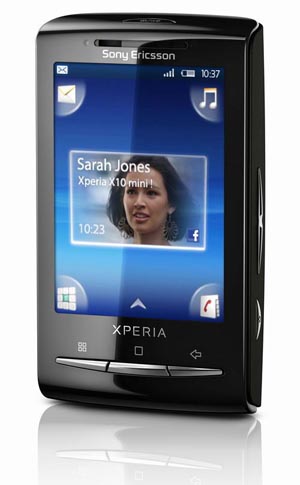 Optus has ramped up its offering of Android-based handsets with the release of the Sony Ericsson X10 Mini earlier this week.

This story was broken by Android Australia. The X10 Mini has a 600MHz processor, a QVGA screen and a 5 megapixel camera. The operating system used is Android 1.6 and not the latest available OS, 2.2.

The sleeker Sony Ericsson Xperia X10 is also available from Optus but the Sony Ericcson X10 Mini Pro, which has a physical keyboard, wasn’t found on the Optus website at the time of writing this article.

Optus has also recently launched Motorola’s range of Motoblur handsets, which have a big focus on bringing together social networking platforms. However the company does not appear to have attracted the same levels of hype with customers around the handsets as Telstra has with its flagship HTC Desire Android handset.