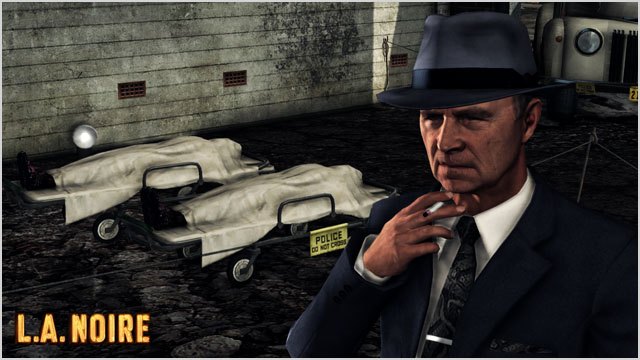 blog When blockbuster cross-platform video game L.A. Noire was released last month, many Australians got a wee bit patriotic and teary as we realised the game was substantially put together by Australian development house Team Bondi, as the nation’s biggest ever and most successful video game project.

However, since that time, a series of troubling allegations have emerged. A number of former developers have put together what they have described as a “complete” credits list detailing over 100 developers who worked on the game but were not given kudos in its actual credits — due to the fact that they left Team Bondi, either by choice, or through being fired or made redundant. And late last week, a new bombshell arrived: A detailed, tell-all, old-fashioned investigative journalism piece on IGN chronicling the history of L.A. Noire’s development.

Perhaps one of the harshest paragraphs from the story:

“Another source who left the company in 2008 called his experience at Team Bondi the biggest disappointment of his life. “I left because of stress and working conditions, mainly. But the trigger was this: I received a reprimand for ‘conduct and punctuality’ for being 15 minutes late to work. I arrived at 9:15am – despite the fact I had only left work around 3:15am the same day, and paid for my own taxi home! I never would have thought you could put a sweat shop in the Sydney CBD.”

Freelance journalist Andrew McMillen, who is based in Brisbane, put together the article and has posted some background on his personal blog.

Now, there are obviously two sides to every story, and we’re not going to pretend that the sort of troubled development history that Team Bondi looks to have gone through with L.A. Noire is unusual in the fast-moving video games industry. One need only mention the name ‘Duke Nukem Forever’ to realise what we’re discussing here … an industry with constantly developing technology, artists confined within tough corporate strictures, moving development targets and so on. It’s a tough gig, and there’s no doubt about it.

However, if the story is to be believed, it does seem that Team Bondi could have done more to look after its staff, as well as putting more governance controls around what is, after all, a massive, lengthy and expensive endeavour. In all large technology development efforts, good governance and professionalism are always core … and the key is to keep ego on the sidelines.