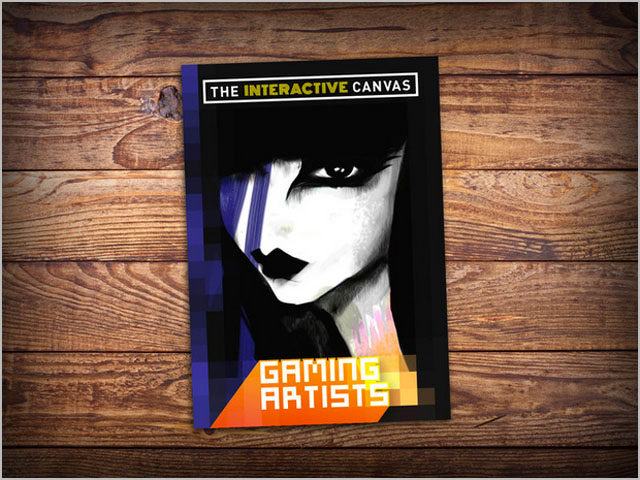 blog The debate over whether video games can be classified as art has been a long and bitterly fought one. On the ‘nay’ side sit those who argue that this new category of content is just mindless entertainment. On the other side sits a whole tradition of video game creators who have used the medium to challenge our concepts about the world. I think it’s safe to say, in 2014, that not all video games are art, just as not all paintings represent artistic works. Not all television meets the standards set by a landmark show such as The Wire.

To explore this issue in greater depth and champion the idea that games can have artistic merit, Australian gaming journalist Matt Sainsbury, who runs the Australian site site Digitally Downloaded, has started a Kickstarter project to fund the development of an in-depth, 200 page, premium quality hardcover book which will tie in conversations with some of the gaming industry’s artistic titans, such as Braid’s Jonathan Blow, Konrad Tomaszkiewicz of CD Projekt Red and many more. In Sainsbury’s own words:

“‘Video games can be art’ is a statement that those of us who love games almost take for granted. In the last few years it’s proven especially true; for every Call of Duty, Battlefield, or Hollywood-style blockbuster there is a game from a small or independent game studio that could easily form part of an interactive art exhibition.

While we accept that games can be art, we don’t often treat them as such. In the media we focus on new features that are being worked into a new game, or getting insight into the technical side of game development from the game creators. Many reviews focus exclusively on how entertaining a game is, with little thought to its deeper meanings. The industry, in general, still does not treat game developers as an equivalent to film directors or writers. Filmmakers are seen as highly creative individuals and thinkers about their work, while game makers tend to be lauded instead as technically-proficient creators of entertainment.

That’s where our project idea has come from! Interactive Canvas: Gaming Artists will be a deluxe hardcover, annual, coffee table-style publication that will give some of the most creative and artistic game developers an outlet to discuss the inspiration behind their games and the themes that they look to draw out of their work.”

I think this project has a great deal of merit, and I encourage you to support it. It represents the pinnacle of Australian video gaming journalism, and we should be encouraging that kind of thing. Plus, I personally highly enjoy playing video games which I class as ‘artistic’ — games like BioShock, Dark Souls, Journey and others come to mind. I’ve personally signed up to be a contributor, and I’m looking forward to receiving my copy of The Interactive Canvas. I encourage you to sign up too, which you can do here — you can get a copy of the digital book for just $30 or a copy of the physical book for just $60. Money well spent.