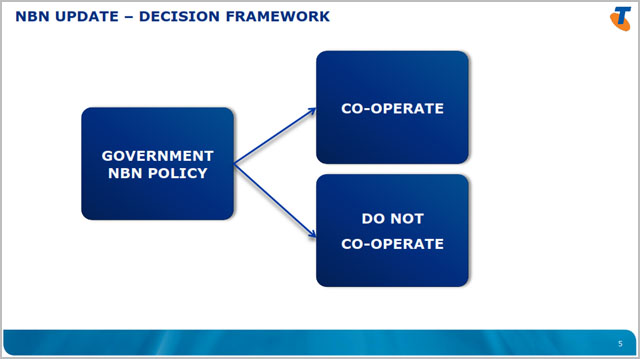 The now infamous fifth slide from Telstra chief executive David Thodey’s presentation to media and analysts this morning about the telco’s $11 billion deal with the Government and NBN Co. Seems like Telstra’s thinking on this one was pretty complex ;)

Telstra has a bit of a habit of doing this sort of thing … anyone remember the infamous asterisk (*) included on former Telstra CEO Sol Trujillo’s slides when the company first announced its fibre to the node plans back in 2005?