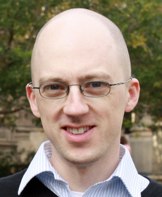 The high-profile chair of Electronic Frontiers Australia has revealed he is set to leave his role for a role advising Greens Senator Richard Di Natale in Federal Parliament.

With regular appearances on national television and in online, radio and print media, Colin Jacobs has been one of the most visible face of the EFA over the past several years. The organisation champions digital rights in Australia and is active in a wide variety of policy fronts, including top-level issues such as the campaign for an R18+ rating for video games as well as Labor’s mandatory Internet filter project.

In this role Jacobs and his colleagues have attracted a significant amount of flack from heavy-hitters such as Communications Minister Stephen Conroy. In March 2010, for example, Conroy accused the EFA, singling out Jacobs and several other members specifically, of ‘deliberately’ misleading the Australian public on the internet filter project.

In a blog post yesterday, Jacobs revealed he had stepped down as EFA chair, later confirming he would join the office of Victorian Greens Senator Richard Di Natale in parliament, working as a senior advisor. Di Natale was elected to the Senate in 2010.

“It’s been a very rewarding experience, and as a result I am even more passionate about the issues than I was when I first joined EFA,” wrote Jacobs. “That’s why I’m pursuing an opportunity to work inside our nation’s Parliament and see just how policy is really made in this country.”

Replacing Jacobs as chair of the EFA will be David Cake, who has spent seven years on the EFA’s board and has recently been leading the group’s international affairs effort, according to Jacobs. According to his LinkedIn profile, Cake is currently a tutor at Curtin University in Perth, as well as the owner of Difference Engineering, a software development and consulting firm focusing on platforms like Mac OS X and Linux. Cake has previously been involved with the Australian Labor Party and was elected vice-chair of the EFA in 2010.

Well-known journalist, tutor and public relations specialist Sarah Stokely will take the vice-chair role. Stokely currently works in communications for the Australian Centre for Social Innovation and has a history in the media, working for PR firm Keep Left PR as well as being Crikey’s web editor and assisting organisations like OpenAustralia and Linux Australia with communications. Stokely has also taught courses at the University of Melbourne.

“Both David and Sarah know the landscape very well and have many fresh ideas to drive the debate, and the organisation, forward,” wrote Jacobs today.

In a wider sense there are other changes afoot at the EFA.

Jacobs wrote that the organisation was currently working on a completely overhauled web presence, a new system for managing members and supports and a better payments system (so that it can stop using online payments platform PayPal). “When we relaunch, we want a new focus on providing useful and engaging information in the form of issue backgrounders and position papers, FAQs and legal explainers,” Jacobs wrote. “The new site and associated tools will let us focus more on providing better content and on education and campaigning.”