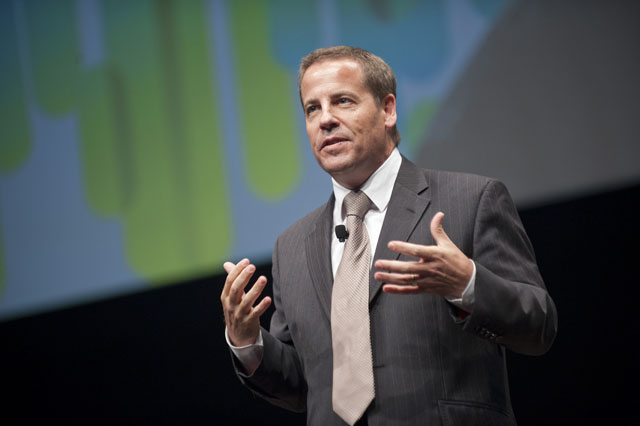 The long-time leader of Cisco’s Australian division has been promoted to take on responsibilities for the US networking giant’s newly created Asia-Pacific operation, with the company planning to appoint a successor for the local lead role “in the near future”.

Les Williamson has led Cisco Australia since mid-2007, when he took over the local operation of the company from its then-Vice President Ross ‘Chook’ Fowler, who left to take up a senior role in the company’s European operations.

This morning, Cisco said in a statement that Williamson would take control of an area including Indonesia, Korea, Malaysia, the Phillippines, Singapore, Vietnam, as well as Australia and New Zealand, continuing to report to Edzard Oberbeek, the company’s president of its overall Asia-Pacific, Greater China, India and Japan region.

“Les is a proven leader with a strong commitment to customers and partners who consistently delivers results. I am confident that under his leadership Cisco will expand its position as trusted advisor to businesses, governments and people in the Asia Pacific region.”

The company said Williamson’s successor as Australia and New Zealand chief would be appointed “in the near future” and would report to Williamson, as would the existing Southeast Asia executive team.

Before Williamson took control of Cisco in Australia, the executive was in charge of one the company’s lucrative business with its biggest Australian customer Telstra. The role saw him preside over the contract inked with the telco in 2005/2006 to supply key equipment for Telstra’s $1.5 billion Internet Protocol-based network core. The total value of the deal was never revealed, but it was believed to be worth hundreds of millions of dollars.

When he was appointed, he shifted Cisco’s former New Zealand country manager David Barker from his then-public sector focus into the Telstra hot seat, which has traditionally been seen as a role which can lead to the local managing director spot at major technology companies in Australia such as Cisco, Alcatel-Lucent, Ericsson and IBM.

At the time, Williamson told the Financial Review that he would be focusing locally on having a broader conversation with Cisco’s customers than just in the area of supplying hardware — for example, in areas such as the environment, the NBN and the IT skills crisis. He also wanted to boost local awareness of Cisco’s brand, develop the company’s presence in the SME sector and succeed in selling broader unified communications solutions; not just bare IP telephony products.

However, the executive’s tenure at Cisco Australia wasn’t always an easy road.

In February 2009 — almost two years after he was appointed — Cisco’s annual accounts filed with the Australian Securities and Investments Commission revealed the company had grown its headcount locally, with 118 new employees added to its roster in the year to 27 July 2008. However, the company’s revenues had slumped, reaching $888 million, down from $956 million the year before.

Cisco’s most high-profile Australian executive apart from Williamson is likely Peter Hughes, the general manager of its collaboration group, which has grown dramatically over the past decade as a wave of IP telephony adoptions across Australia have taken place. Cisco has had key wins with major organisations like Westpac, and is now facing off against arch-rival Avaya for dominance of a market which previously features a number of other large rivals — including now defunct player Nortel Networks.

Cisco is also seeing strong success in Australia at the moment with its Unified Computing System product, a next-generation server architecture which is helping the company win work to build cloud computing facilities locally and around the globe.