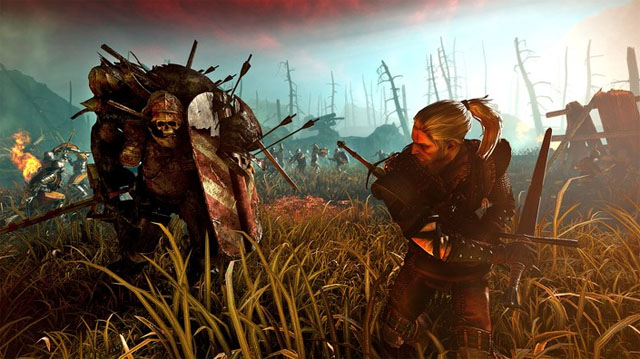 A noted online distributor of popular video games such as The Witcher series has removed functionality from its platform which limits some features to customers based on what country their internet address is from, potentially allowing Australians to clandestinely escape local video game censorship rules.

The feature, known as geo-IP or geo-location, is used by many online video game delivery platforms — ranging from Microsoft’s Xbox Live service to Sony’s PlayStation Network and Valve’s Steam, as well as video delivery platforms like Hulu — to restrict what forms of content customers in different countries can consume, and how much they will pay for it.

For example, it is common for Australian video game players to complain that the price of video games bought online can be different locally than in the United States — with the price being set by determining a customer’s IP address, despite the same content being delivered.

In a statement on its site published this week, game distributor Good Old Games said it had come to the conclusion that there were a number of issues with using a customer’s IP address to determine what offer they were being presented with.

“A good number of users can find themselves negatively impacted by a policy of using geo IP to set their region,” the company said. “For example, customers may be travelling when they want to purchase or download a game from GOG.com. In this case, automatic IP address capture might change the price or the content of the game they’re ordering (such as the default language of the installer).”

Furthermore, the company said, geo-IP data collection didn’t always function correctly — and could report an incorrect region for users. And lastly, it didn’t want to violate its users’ privacy by collecting data it didn’t need to — so had taken the decision to trust customers to voluntarily tell it their correct region when making a purchase.

The news comes as controversy has swirled in the video game industry over the past month with regards to the distribution of the sequel to highly regarded video game The Witcher, which is published by Good Old Games’ owner, CD Projekt. The game has been modified in Australia to cut out a feature which would allow sex to be offered as a reward to the player’s character for completing a certain sidequest — ensuring the game fits in with Australia’s highest video game rating category, MA15+.

In addition, Kotaku has reported that the cost of the game has been set higher in Australia than in the US. Good Old Games’ changes have the potential to allow Australians to order the original version of the game without modification — if they select a different country as their point of option.

The move has immediately been hailed by prominent video gaming blogs like Rock, Paper, Shotgun as a victory for Australian consumers. “It’s great that GoG are employing trust in their customers this way, because it means they know that no one in Australia would ever dream of breaking this bond by using the lack of IP geo-tracking to purchase a game that’s been censored by their country’s government,” gaming journalist John Walker wrote on the blog this week in what appeared to be a sarcastic comment.

“It’s arguably a big risk they’ve taken, but I’m sure that not a single Aussie will let them down in this way, by taking advantage of the honour system by entering another country as their location when pre-ordering or purchasing the DRM-free version of the game.”

The news comes as debate continues to exist about whether Australia needs an R18+ classification rating for games — with the Federal Government pushing hard on the issue and a number of states recently falling in behind it. However, with a unanimous vote of the Federal and State attorneys-general needed to change classification laws, it remains unclear how close an R18+ rating is.