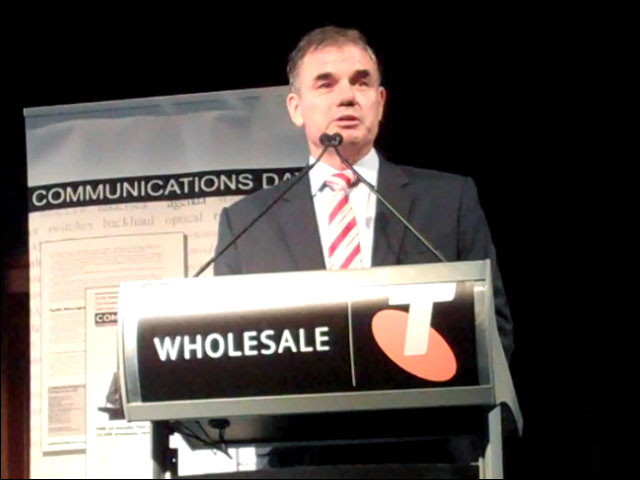 Four years after he took the role leading Telecom New Zealand’s troubled Australian division AAPT, and nine months after he sold a large chunk of it to smaller rival iiNet, seasoned telco and industry executive Paul Broad has reportedly been poached to run the new NSW Government’s infrastructure revitalisation arm.

Broad was not immediately returning calls to his mobile phone tonight, but the Sydney Morning Herald has reported the AAPT chief executive will be announced within days to be the chief executive of Infrastructure NSW, which the incoming Coalition announced during the election campaign would be a professional and independent organisation to improve the identification, priority and delivery of critical public infrastructure across the state.

“The new body will ensure the roads, rail, hospitals, ports and other upgrades NSW so desperately needs are delivered according to need, on time and on budget,” the Coalition’s policy with regards to the new group reads.

It has been a rocky road for Broad leading AAPT since he took the reins of the telco in 2007 after the company merged with local wholesale telco PowerTel, which Broad had led as managing director since 2004.

In May 2010, Telecom New Zealand chief Paul Reynolds told journalists the company had made no decision about whether to sell AAPT – although it had reportedly received offers from a number of companies, including TPG. Just a scant couple of months later, iiNet picked up AAPT’s consumer business for $60 million, leaving AAPT holding a large amount of infrastructure, including fibre-optic cable infrastructure, around the nation.

Before he led PowerTel, Broad had been one of NSW’s best-known utilities and infrastructure executives, leading EnergyAustralia from 1997 and transforming the company from a public utility into a competitive business in the fledgling electricity market.

Later, in his telecommunications days – and especially during his concerns about and at times fiery opposition to the Federal Government’s National Broadband Network project, Broad would regularly refer to his electricity experience as a guide for how the national telecommunications market should evolve. The executive also ran Hunter Water and the Sydney Water Corporation for seven years.

Telecom NZ could not be immediately contacted for a statement on the future of AAPT’s management if Broad departs to lead Infrastructure NSW.