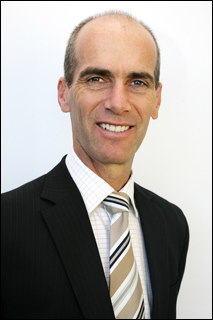 Senior Fujitsu executive Mike Foster has been confirmed as the permanent chief executive of the technology giant’s Australia and New Zealand operations, following his acting appointment in the role after the promotion of his predecessor Rod Vawdrey.

Vawdrey was earlier this month promoted to be the vice president of Fujitsu’s Global Business Group, after holding the position of CEO and MD for Fujitsu A/NZ since 2003.

Under his guidance, Fujitsu achieved several major acquisitions in Australia, including local IT services company, KAZ, in 2009. At that time Foster was KAZ’s managing director. After the acquisition, Foster became a group executive director of sales and business development with Fujitsu, a role which was perceived in the industry as being second in charge to Vawdrey.

Prior to working at KAZ, Foster had joined Telstra in 2000, where he held the position of managing director for business and government sales.

“Mike brings a wealth of experience to the role as well a broad knowledge of the Australia/New Zealand market,” Vawdrey said today. “We have much to be proud of with the accomplishments of FANZ over the last five years in achieving profitable growth year on year. I am confident that, under Mike’s leadership, FANZ will continue to build on that success.”