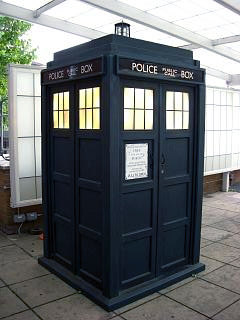 Shadow Communications Minister Malcolm Turnbull late last week claimed the Opposition and sections of the telecommunications industry had predicted the NBN construction costs would blow out beyond the Government’s estimates, in the wake of news that NBN Co had been forced to halt its tendering process in the area, after negotiations with suppliers broke down over price.

On Friday, NBN Co head of Corporate Services Kevin Brown said the organisation had “thoroughly benchmarked our project against similar engineering and civil works projects in Australia and overseas” and would not be proceeding with negotiations with 14 construction companies on the basis of prices NBN Co was currently being offered.

Instead, NBN Co has been reported to be negotiating with just one construction firm — a subsidiary of Leightons — to roll out the fibre around the nation.

In a statement, Turnbull said right from the beginning “of this vast and risky project”, both the Coalition and sections of the telco industry had warned that “construction costs were likely to blow out beyond the Government’s estimates”. “The Government has also repeatedly been warned NBN Co would find itself in contention with the booming mining and energy industries for scarce engineering and construction resources,” he added.

Turnbull demanded to know whether Communications Minister Stephen Conroy believed the NBN would be completed on the currently projected schedule and within the currently estimates costs. “Or does the admission that none of the major Australian construction groups in the tender were willing to do the work at NBN Co’s target price indicate that the network’s economics and business case are unrealistic and unachievable?” asked Turnbull.

The Liberal MP pointed out that for the whole of its period of operation, NBN Co had been exempted from what he described as appropriate scrutiny by the Parliament’s Public Works Committee. In that period, the company has inked deals worth more than $5 billion, according to NBN Co’s statement last week. “Could there be a more resounding confirmation of the urgent need for more rigorous scrutiny and transparency for NBN Co?” asked Turnbull.

Speaking on the ABC’s Inside Business program yesterday, Conroy said NBN Co operated “at arm’s length” from him due to the fact that it was a government business enterprise. “We support absolutely NBN seeking to deliver value for money for taxpayers,” he said.