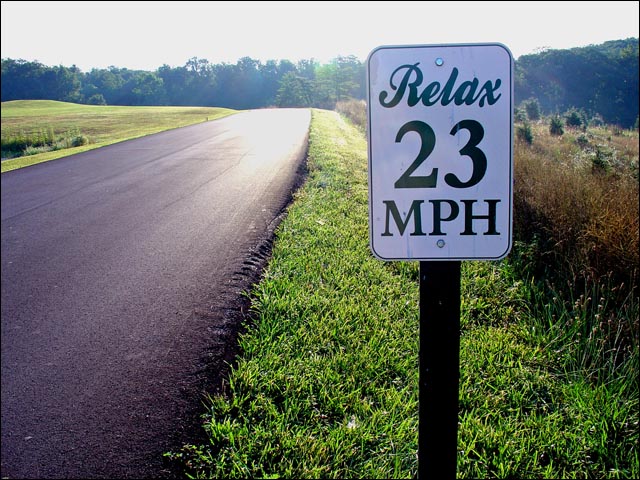 NBN Co has declined to say what levels of latency can be expected from the wireless technology it will use to service most of the small percentage of Australia that won’t be covered by fibre-optic cable, in the wake of concerns the technology might be a step backward from what is currently offered by ADSL2+ fixed broadband.

The issue came to the fore after Tasmanian technology activist group Digital Tasmania said last week that some Tasmanians with ADSL2+ were worried NBN Co’s wireless network – which will cover up to seven percent of Australian premises with a minimum of 12Mbps speeds – might not be up to spec compared with ADSL2+, despite the fact that in wireless areas, the existing copper network providing ADSL broadband will also be maintained for a decade once the NBN is rolled out.

There usually certain technical advantages to fixed ADSL over wireless services — with one historically having been being better latency (or response time to the broader internet), and another often being throughput, or speed. For example, tests of the fixed wireless network operated by vividwireless have shown latency was not on par with that offered by ADSL broadband.

Latency is important for some internet applications, such as gaming or any activity which requires a quick response time to online servers.

Terry Walsh – wireless director for the Australian division of global networking giant Huawei, said applications which required less than 50 milliseconds latency were considered ‘real-time’ and could be affected by latency issues. “The lower the latency, the better the user experience,” he said. “Examples include video chat, online gaming, online role-play games, and shooter games where the faster a player can shoot means better odds versus another player who has slow latency.”

In a response to the issue, an NBN Co spokesperson said the company was still in the process of finalising its procurement process for the fixed wireless technology.

“However, we are designing our fixed wireless service to deliver to rural and regional Australians better services and higher speeds than many people in metropolitan areas would currently experience, and to have lower latency characteristics than people would experience with mobile wireless,” the spokesperson said. “We will need to finalise the solution and enter a testing mode before discussing network performance in more detail.”

“Speeds actually experienced will depend on a number of factors including retail broadband plan, equipment, in-premises connections, the location of the end-user, local conditions and the number of concurrent users.”

Walsh said wireless technologies were showing a continuous reduction in latency as they developed. For example, mobile networks built on the GPRS standard, released around 1997, had a latency pushing towards 700 milliseconds, a figure which has gradually decreased as the EDGE, WCDMA and HSDPA technologies have been introduced.

The Long-Term Evolution family of technologies which will shortly be introduced by mobile telcos Telstra, Optus and Vodafone will enable latency of just 10ms, according to Walsh. In addition, the reduction in latency has enabled more efficient use of wireless spectrum. In general, networking companies are constantly trying to push latency lower, as alongside overall data throughput (commonly referred to as ‘speed’), latency leads to a better user experience.

The current generation of ADSL2+ features latency varying from 10ms to 50ms, according to Walsh, whereas the fibre to the home platform being rolled out by NBN Co will offer reduced latency – between 15ms and 25ms. The latency of wireless networks is also affected by a variety of other factors, according to Walsh, such as the distance of the user from the base station, signalling conditions, signal strength, and environmental interference – and even the architecture and congestion of the network.

How is latency reduced, technically?
“The changes in latency occur as a result of new features and functionality in the network,” Huawei’s Walsh said, referring to the gradual decrease in latency over the years as mobile technologies developed. “For example reducing the TTI (Transmission Time Interval) in HSPA , introduction of fast scheduling and fast HARQ (Hybrid Automatic Repeat Request) reduces the latency time.”

“Introduction of new modulation schemes such as 16QAM and 64QAM and moving more of the signalling and call control to the base station and thus nearer to the user device also reduces the RTT of the signal. The network architecture affects the latency. For example, LTE has an all-IP , flatter architecture, with less nodes affecting the signalling path. Therefore the latency is reduced compared to a 2G or 3G network.” 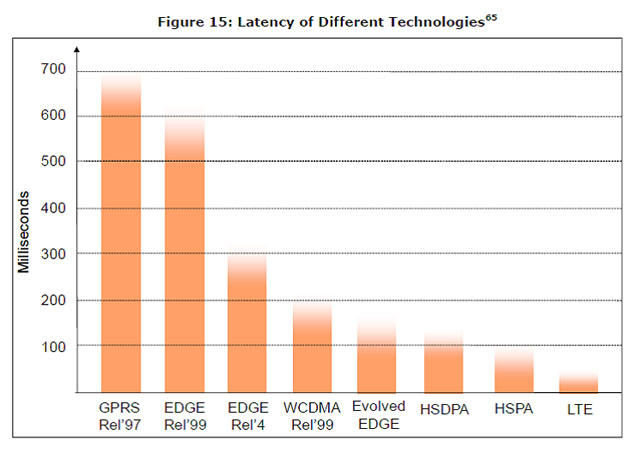