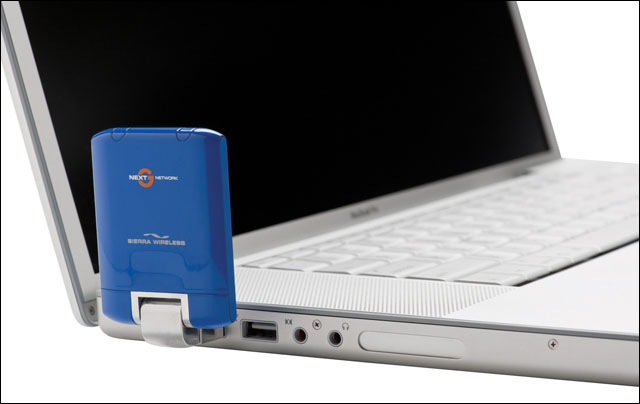 Communications Minister Stephen Conroy must acknowledge the incoming generation of wireless broadband products represents a threat to the economic case for the National Broadband Network, Malcolm Turnbull said yesterday, in the wake of the revelation that NBN Co itself was concerned about the issue.

This week it was revealed that NBN Co had included a lengthy section in a submission to the Australian Competition and Consumer Commission acknowledging the potential that wireless and mobile broadband technologies have to compete with its predominantly fibre-based rollout. The company stipulated that it was important that limitations be placed on Telstra’s ability to migrate its customers to its Next G network — rather than the fibre NBN — once its copper network was decommissioned, in order to ensure its business case remained viable.

The news represents one of the first statements by NBN Co discussing the potential impact of wireless broadband uptake on its business case; with the company preferring in the past to emphasise the complementary nature of fixed and wireless broadband technologies.

In a statement reacting to NBN Co’s revelation, Turnbull said the Coalition had argued that the increase of wireless-only households was a threat to the economics of the NBN. “They are relying on an independent study that forecasts a rise from 13 per cent of wireless only households to 16.4 per cent by 2040; however, these forecasts should be taken with extreme caution,” the Shadow Communications Minister said.

“Everyone who has had even a cursory look at the NBN business case has acknowledged this threat; it now seems that even the NBN Co themselves have acknowledged it. Perhaps now Senator Conroy can also acknowledge this threat rather than simply accusing every rational telco analyst of not understanding the laws of physics.”

A spokesperson for Conroy has not yet responded to a request for comment on the matter.

The news comes as debate continues to exist about the potential which wireless broadband technologies have to undermine the primarily fixed broadband NBN. In Germany, for instance, it was revealed this week that giant telco Vodafone — also one of Australia’s largest mobile players — was considering migrating all of its ADSL customers across to its mobile network, using the Long-Term Evolution standard which the company, alongside Telstra and Optus, is planning to implement in Australia.

The company cited the cost of using the copper network maintained in the country by incumbent telco Deutsche Telekom as a basis for its proposal.

In Australia, Vodafone so far appears to be taking a different approach, having confirmed plans to trial fixed-line broadband services offered across the NBN itself. In addition, the country’s other two major mobile telcos, Telstra and Optus, have so far appeared to be focusing on bundling mobile and fixed broadband services together rather than promoting wireless broadband as a stand-alone solution for residential use.

However, even some of the nation’s larger fixed-line ISPs believe wireless is the way of the future.

In a post on his blog this week, Exetel chief executive John Linton said he had for the past four years been keeping records of the performance of his company’s own wireless broadband service, which uses Optus’ network, as well as a comparable Telstra service.

The ISP chief — a long-time critic of the NBN proposal — said Conroy and then-Prime Minister Kevin Rudd had made, at the time the NBN policy was launched, “all sorts of statements about the unsuitability of wireless for regional Australia and those lies and stupidities can now be seen, by even the naivest and technologically illiterate person as being as untrue and stupid”.

“Wireless broadband, as “predicted” over four years ago will continue to meet more and more current ADSL user’s needs as each month passes,” said Linton. “The fact it doesn’t need a ‘telephone line’ to make it work also means the price advantage of wireless over ADSL will continue to widen.”

However, as we’ve seen this week, this is a debate that just keeps on keeping on.

As a constant user of broadband (fixed and wireless), my gut tells me that wireless broadband is just not going to be enough to service the nation’s needs. I personally want as much bandwidth as I can get (geeks are greedy like that), and when I’m out of the office, Telstra’s Next G service, great though it is, is simply no match for my home ADSL2+ connection.

However, could it be possible that most Australian Internet users don’t feel the same when it comes to their home connection? And could it be possible that most users will eventually receive decent-enough services from LTE that they won’t see a fixed connection as necessary? It certainly could. The strength of the wireless debate is such that I feel we all need to keep an open mind on it at the moment. We just don’t know quite enough about how powerful the new generation of wireless technologies will be yet, and to what extent our bandwidth needs will continue to grow.