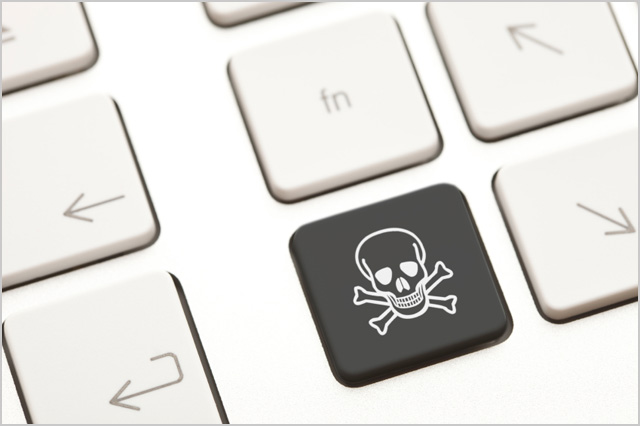 news National broadband provider iiNet has renewed its public attack on the content industry, using a high-profile report published in February to push the argument that the overall global content ecosystem is booming and that content providers should stop trying to stop Internet piracy and instead focus on new business models.

The ISP, which recently won a controversial High Court case against a coalition of film and TV studios seeking to hold it accountable for the file sharing habits of its customers, has consistently stated over the past few years that it would prefer for film, TV, music and gaming studios to work with the ISP to make their content available to its customers, instead of pursuing users through legal action.

Over the past several weeks, as closed door Internet piracy talks between various ISPs (including iiNet) and the content industry have continued in meetings hosted by the Federal Attorney-General’s Department, iiNet has intensified its public comments on the issue. In early June, the company’s regulatory chief published a highly critical blog post about discussions with organisations like the Australian Federation Against Copyright theft, arguing that the nature of copyright was changing and that the content industry needed to find new business models. However, wrote Dalby, “you might as well be talking to a brick wall”, if you tried to outline this situation to AFACT.

“Much of the content industry’s negative commentary on the issue of content sharing focuses on a tale of doom and gloom – falling revenues, diminished funding for creativity and reduced job security – all of which is then used to forecast a drop-off in the quality output we’ve come to expect and enjoy,” the iiNet executive wrote.

“Now the entertainment industry again claims the sky is falling, and that it’s all to blame on Internet piracy, such complaints are usually supported by selective (some would say apocryphal) research.” However, Dalby said, research had consistently shown that technology didn’t need to be the destructive force the content industry claimed it was.

In making his argument, the iiNet chief extensively cited evidence about the continued global growth of the content industry presented in a landmark report published in February this year by Floor64, the publisher of Techdirt, a well-known global media outlet which often focuses on copyright issues in the context of the changing technological landscape.

“The sky is not falling; the facts outlined in the report clearly show that things have never been better for rights holders,” wrote Dalby in his bog post, citing examples such as Valve Software, whose Steam online gaming store has been hailed by video game fans for its ease of use and ability to lure players back into the legal world and away from Internet piracy.

The problem, Dalby intimated, was not technology or consumer behaviour, but the unwillingness of the content industry to embrace change.

“What may be in short supply is the imagination and creativity required by business leaders to exploit the most efficient and cost effective distribution channel the world has ever seen,” he said, referring to the Internet. “It is ironic that a lack of imagination and creativity conceivably contributes more to the woes of the film and video industry, than piracy does.”

“For years the entertainment industry has suggested that the Internet is instrumental in destroying creativity, profitability and choice – this report illustrates how far off the mark this thinking is. Video didn’t kill the radio star; radio didn’t reduce the life span of songs; record players didn’t destroy our love of live music and the Internet certainly hasn’t ruined the entertainment industry for performers and artists.”

“Rights holders can still embrace change and exploit new distribution platforms, but they can’t do that without modifying their thinking – as Albert Einstein said, “We cannot solve our problems with the same thinking we used when we created them.”

The report was also cited in a separate article published last week by John Stanton, chief executive of the Communications Alliance, a telecommunications industry group which represents iiNet, amongst other telcos. Stanton wrote for Voice and Data that the Sky is Rising report found that the content market was “booming”. “The report describes a “renaissance era” in creative industries where the only players really threatened are the traditional “middle men” who have controlled distribution and artists’ revenue for decades, but now increasingly find themselves sidelined by new online distribution models,” wrote Stanton.

opinion/analysis
Dalby and Stanton appear to be broadly correct in what they are saying about the content industry. When you look at the popularity of digital content models such as Apple’s iTunes, Valve’s Steam, Sony’s PlayStation Network, Amazon’s Kindle store, Netflix’s movie store and Microsoft’s Xbox 360 platform, it becomes very hard to argue that there are not substantial opportunities for content creators in the year 2012, despite the continuing levels of Internet piracy on the Internet.

There have been countless commentators (including myself) who have called for the content industry (generally, the middlemen in the equation, such as film studios and distributors) to stop pursuing legal action against its customers and to start exploring legal avenues for consumers to get access to their content. It is time that the industry stopped trying to hold onto the past and started trying to do what its customers want. When it does so, it just may find that those customers buy a lot more of its content than it expected.

The extensive nature of my Steam games library and my daily habit of purchasing songs on iTunes and eBooks from Amazon would certainly suggest so.