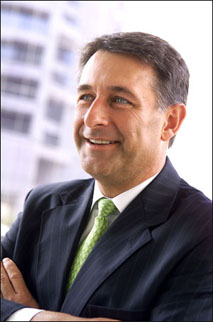 blog Well, well. New IBM Australia chief Andrew Stevens (pictured) has come out swinging in his first interview following his appointment in early January. For the past year or so IBM’s been targeting the utilities sector with its ‘Smarter Planet’ initiative, but it looks like Big Blue is finally going to throw money at one of Australia’s biggest industries — resources. Quoth ZDNet.com.au:

Of course, the resources sector has long been CSC’s turf. With notches on its belt like BHP, Rio Tinto, Woodside, Bluescope and more, CSC has long dominated the resources sector in Australia, and it’s not going to be an easy path for IBM to break into the market. Big Blue doesn’t have a huge presence in Queensland or Western Australia that we know of, although of course the company has tentacles everywhere around the nation, so it’s going to be interesting to see what steps Stevens takes to give CSC a run for its money.

Looks like CSC’s own (relatively) new chief Gavin Larkings had better get his game face on.