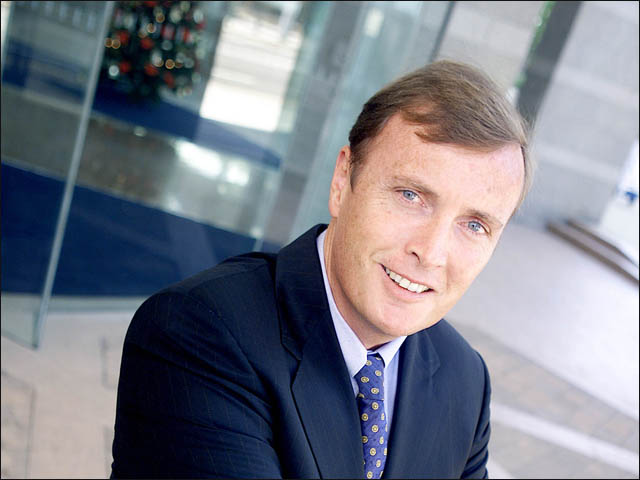 Global technology giant IBM this afternoon confirmed its Australia/New Zealand managing director Glenn Boreham (pictured) had resigned and would be replaced by Andrew Stevens, a top-level executive who has maintained a low profile since his controversial days integrating the consulting business of PriceWaterhouseCoopers earlier last decade.

Boreham — who over the past few months has suffered health problems — would leave Big Blue to “spend more time with his family” and consider new challenges, the company said in a statement following a report by The Australian, although he will retain his roles as chairman of Screen Australia and advising to the Sex Descrimination Commissioner.

The executive had been with IBM for a total of 25 years, spending the past five as the company’s local managing director and joining its Sydney office in 1996. Before stepping into the shoes of his predecessor, Philip Bullock, in January 2006, Boreham led one of IBM Australia’s most lucrative accounts — Telstra — and was also on the company’s local board.

The executive has also spent time internationally — counting two years in Japan and over six years in Europe on his resume. And he has held a plethora of local posts on business and technology representative bodies — ranging from the Business Council of Australia to the Australian Information Industry Association and the American Chamber of Commerce in Australia.

Boreham’s time at IBM over the past four years has been a mixed bag for Big Blue.

The executive successfully grew the company’s local revenues to the $4 billion mark, making it the largest enterprise technology company in Australia and a technology player rivalling the size of local telcos like Telstra and Optus. Its only local competitor of a similar size is currently Hewlett-Packard, courtesy of its acquisition of IT services business EDS.

Boreham has overseen a number of wins over that period — inking key outsourcing agreements with the likes of Qantas and the National Australia Bank, as well as renewing ongoing agreements with titans like Westpac. In addition, the executive oversaw IBM Australia during a key period of change; as the company exited the personal computer business courtesy of Lenovo’s acquisition of its industry favourite ThinkPad line, among other assets.

However, Boreham’s time at the helm has also not been without controversy.

The company’s relationship with the Queensland Government hit a low in June this year, with Premier Anna Bligh demanding IBM provide it with reasons why the state shouldn’t terminate its contract to build Queensland Health’s new payroll system, following the platform’s statewide meltdown that left many medical workers without pay.

In addition, IBM has fought a running battle over the past few years with unionised workers at its Baulkham Hills facility, as the company implemented what union officials claimed was a global ban against negotiating with unions. An account of IBM’s graphic questioning of its own employees in front of the workplace tribunal emerged last year.

In April 2009 the company under Boreham was embarassed again — this time when IBM Australia implemented a global rule that had seen free coffee and tea scrapped for staff.

During Boreham’s tenure, the executive has also proven reluctant to speak in public about the company’s local operations, or conduct interviews with the press about the state of the market. An exception has been the past several years, when Boreham has taken to venues such as the National Press Club to spruik the company’s Smarter Planet vision; an effort that appears to have paid off, with IBM recently inking deals to supply Australian energy companies with technology to improve their power grids.

At his most recent public appearance, however, things didn’t go as well for the executive — with transport systems failing Boreham, he kept Prime Minister Julia Gillard, then-Premier John Brumby and a throng of notables waiting in Melbourne as the company inked a research and development deal with the University of Melbourne.

The new guy … or the old one?
For his own part, Stevens has held a relatively low profile in Australia over the past few years — his threadbare LinkedIn profile being no exception. 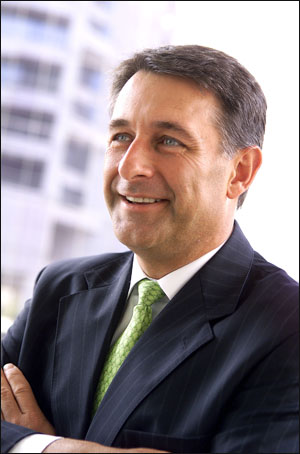 In fact, the executive oversaw the 1998 merger — and then led the IBM integration work just a few years later when Big Blue picked up the business.

It was at that time that Stevens’ name hit the press. An article available online published by the Financial Review in July 2004 (PDF) details how the executive defended his new employer — IBM — in his new role as the managing partner of IBM Australia’s consulting business post the acquisition.

Veteran tech reporter Emma Connors wrote Stevens had said that no PWC partners would be able to cash in their stock options with the company early, despite the acquisition. However, two did — and a number of PWC partners left IBM at the time for rivals like Deloitte, in what the AFR described as “a slow leak of talent”.

In 2005 the AFR described the IBM/PWC marriage and “still rocky” and the newspaper reported that year that IBM’s fledgling integrated consulting business had missed revenue and profit targets in the first three months of the year.

Since that time the division has settled down — although it is now facing a raft of new competition from small and nimble local rivals like Oakton — which counts among its staff a number of former IBM employees.

Stevens later won the role to lead IBM’s rebadged Global Business Services division in the Asia-Pacific region, and then, in 2009, he took the role of managing partner for the division in what IBM calls “Growth Markets” — that is, regions like South East Asia, India, China, Korea, Australia and New Zealand, Central and Eastern Europe, the Middle East and Africa, and Latin America.

Despite the global role, however, Stevens lives in Sydney — with his wife Philippa and three children.

The executive’s abrupt appointment will likely disappoint some of the upper tier of senior IBM executives who sat beneath Boreham in Australia, and would have been seen as potential managing director material.

Stevens outranks the local chief of IBM Global Business Services, Katie Bambrick, but the chief of IBM’s software group, Tony Best, has been with the company for 20 years and is a well-known face within IBM Australia. Steve Worrall has only held the Telstra account for a year, but the managing director of IBM’s lucrative Westpac account, Rob Lee, has been with the company for more than 20 years and is responsible for a substantial chunk of IBM Australia’s revenue.

IBM Australia is one of the warhorses of the industry — currently fighting to hold its ground and revenues against challengers like Fujitsu, CSC, SMS Management & Technology, Oakton, UXC and more — and despite it all, still holding onto contracts with large government departments and other organisations like Westpac that it’s held for years.

One industry insider who’d known Stevens for most of a decade described him as “a real capable operator”, popular with his teams of staff and very aware of customers. There’s no doubt the executive will need all of his skill to keep the local operation of Big Blue on track, on message — and, most importantly — on budget.