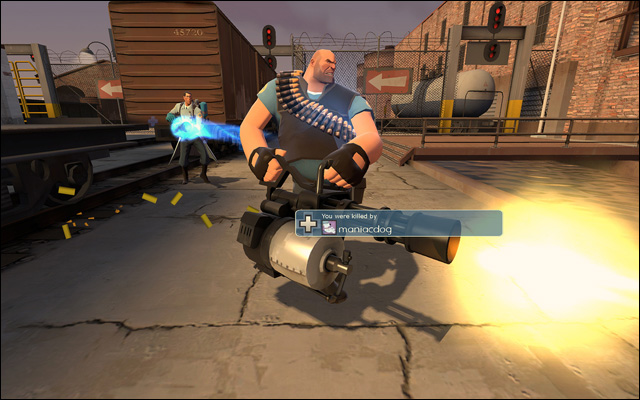 opinion There was a wonderful little moment during the question and answer session with chief executive David Thodey at Telstra’s half-yearly financial results session last week which I just can’t get out of my mind, as I think about the company’s plans to launch Australia’s first 4G mobile network.

At the end of the briefing, Thodey took one last question on how many iPhones and iPads Telstra had connected over the past six months. “New iPhones was 400,000,” Thodey said. And then, almost sub-vocalised, the chief executive said the word “iPhone” again, before noting that Android-based smartphones are selling strongly as well — with some 290,000 of the devices shipping in the first half.

Now what’s remarkable about this little segment — which you can watch in this video — is both what Thodey says, as well as how he says it.

For starters, the amount of iPhones which Telstra connected to its network in the second half of 2010 was simply extraordinary.

Numbers from local analyst house IDC show that the total number of smartphones sold in the third calendary quarter of 2010 was 1.78 million. In that quarter, Apple had taken 30.5 percent of the market for smartphones shipped in Australia — meaning about 543,00 iPhones were sold in Australia in the three months to the end of September.

If you multiply the numbers by two, you’ll get a very rough estimate of the size of the entire iPhone sales figures in Australia for the second half of 2010 — about 1.08 million (and this is an extremely rough estimate). What it means, doing some simple math, is that what Thodey truly said in the Telstra results session was that 37 percent of the iPhones now sold in Australia are connected to Telstra’s network.

Now, normally this wouldn’t be a huge deal — after all, you’d expect Telstra to have a large market share in any given area, as it’s by far the biggest telco in Australia. However, the reality is that this market share is incredible, when you consider that Telstra royally buggered up its launch of the iPhone 3G back in 2008 with exorbitant prices. At the time, Optus executive Maha Krishnapillai famously said that the SingTel subsidiary had captured “the lion’s share of iPhones in Australia”, due to its launch offer, which knocked rival plans by both Telstra and Vodafone for six.

What Thodey said last week was extraordinary. In short, the chief executive disclosed that over a period of just two years, Telstra had gone from having only a very tiny share of the market for Australia’s most popular smartphone, to 37 percent.

The reasons for this are not hard to understand.

iPhone users are the most data-hungry mobile customers on earth, and Optus and VHA have shown time and time again over the past several years that they are simply not prepared to make the investments necessary in their mobile networks to truly support this new category of customer.

Optus’ network was stretched to breaking point after the launch of the iPhone 3G in mid-2008, and although it has recovered a great deal since, complaints still abound about blackspots and slow connection speeds. And we hardly need to go into the problems experienced by Vodafone over the past few months … a class action lawsuit with thousands of dissatisfied customers is not exactly a recommendation to sign up with the beleagured telco.

What Thodey made clear in Telstra’s financial results session last week — with a single one-line answer — is that the telco has been making hay continuously over the past 18 months or so as its rivals have been hemorrhaging smartphone customers.

Sure, Optus and VHA are still both adding customers, and converting legacy phone customers to smartphones. But they are doing so at nowhere near the speed that Telstra is doing so. Optus, for instance, added just 150,000 new mobile customers on plans for its own quarter to 31 December.

Extrapolating, I’d say there is a good chance Telstra added more iPhone customers during the second half of 2010 than Optus did postpaid mobile customers in total.

And the Telstra chief executive is clearly aware of this fact. His manner when answering the iPhone question was extremely revealing — already a soothing talker, Thodey went to great lengths to vocally caress the word ‘iPhone’ in his response, even repeating it in a softer tone as he raised his eyebrows slightly.

I almost expected Thodey to pull out a cheshire cat with a diamond-encrusted collar from behind his podium and start gently stroking it with one hand while continually murmuring “iPhone” over and over, such was his sense of self-satisfaction at the number of Apple devices Telstra had sold. His purring quality has to be seen to be believed … watch the video again and you’ll see what I mean.

All of this bodes extremely ill for both Optus and VHA.

Telstra’s success in the smartphone arena is fuelled, of course, by the speed, coverage and reliability of its Next G mobile network, which is commonly hailed as being one of the best of its type anywhere in the world. And that network is about to get dramatically better, with Telstra’s announcement late on Monday night that it is planning to upgrade it with the long-awaited Long Term Evolution technology.

But it’s not going to get better in the way that many think it will.

Telstra’s deployment of LTE is not just another example of the incremental upgrades it has been ploughing into Next G since the network was first built back in 2006 — pushing peak theoretical speeds from 7.2Mbps, to 14.4Mbps, 21Mbps and even up to 42Mbps, with 84Mbps on the horizon.

The fledgling LTE deployment constitutes the first move in what will become a step change for Telstra’s infrastructure, vaulting it above the current level of 3G mobile broadband into the stratospheric speeds and capacity of what is coming to be called ‘4G’, for fourth generation. This can be seen in the speeds which Telstra has already achieved in trials of the technology — 100Mbps right to the edges of a 75km area radius, for example.

Of course, these are all just speeds on paper. But the ultimate significance of Telstra’s upgrade cannot be overstated. The reason for this is that Optus and VHA have not kept pace with even the current level of Telstra’s Next G network and are ill-positioned to take the next major leap alongside the Big T.

An IDC study last year for example, found Telstra’s network was on average 60 percent faster than Optus’ — with VHA lagging behind in third. The truth is that Telstra has never spent that much on Next G — just $1 billion initially, likely followed by a few billion more over the succeeding years since 2006. That’s nothing in the context of a company which generated free cash flow of $2.02 billion in the last six months of 2010 alone.

Optus and VHA have also invested substantially in their Australian networks, and continue to do so. However, despite the fact that both have very deep pockets backing them — SingTel, in Optus’s case, and the wider Vodafone group for VHA — neither has thrown down the several billion that Telstra has to truly provide the capacity that smartphone users are now demanding.

Telstra’s LTE rollout will put the pair even further behind.

Both Optus and VHA are currently trialling LTE. But when asked about their plans this week, neither would confirm any concrete plans to deploy the technology. What all of this means is that Australia’s mobile sector is about to experience a dramatic segregation into two halves: With Telstra’s blisteringly fast and capable network on the one side, and those of Optus and VHA on the other.

Telstra is not aiming with its LTE ploy to gain a speed, coverage and capacity advantage on Optus and VHA. It already has that. What the telco is aiming to do with its 4G strategy is advance so far ahead of what the pair have to offer, that there is no point comparing the different networks any more — Telstra’s advantage will be exponential.

This is why Thodey was so self-satisfied when discussing the iPhone at Telstra’s financial results conference last week.

The Telstra CEO knows that data-hungry smartphone users are already switching to his network because of the enticing advantages it currently offers. When the reality of a working LTE deployment hits Australia through late 2011, with all mobile phone owners increasingly being smartphone owners … that network will become nothing short of irresistable.