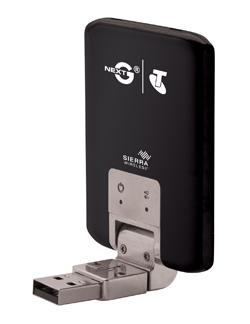 The nation’s largest telco Telstra has revealed plans to upgrade its Next G mobile network in central business districts around the nation to the Long-Term Evolution (LTE) standard by the end of 2011, introducing the ‘4G’ or fourth generation marketing term into the Australian market as it is doing so.

In a statement released from the Mobile World Congress conference in Barcelona today, Telstra chief executive David Thodey said the LTE hardware, running at 1800MHz, would be installed in Telstra’s network in the CBDs of all Australian capital cities and selected regional centres by the end of 2011.

“The technology can provide many Australians with faster data speeds, high-quality video conferencing and faster response times when using mobile applications or accessing the internet,” Thodey said. “It can also help Telstra meet demand for mobile data, which is doubling every year as customers move to adopt data-hungry smartphones, mobile modems and tablets.”

The upgrade will target areas where traffic demand is most concentrated, and will be integrated with Telstra’s existing 3G HSPA+ service — which uses the 850MHz spectrum range.

Along with the upgrade, Telstra will by the end of 2011 start selling dual-mode LTE/HSPA+ mobile broadband modems, which will utilise both spectrum ranges, allowing customers to use LTE where it is available, and HSPA+ where it’s not. There will be no impact on customers who don’t wish to immediately upgrade their devices — their modems will still function as normal.

As well as deploying 4G, Telstra also plans to upgrade parts of its network “over time” with “next-generation HSPA+ technologies” — providing what the telco described as “4G-like services” using the existing 850MHz spectrum.

Telstra said it was working with chipset, network and device vendors, as well as the Global Suppliers Association and the GSM Association, to establish a “global industry group” to champion and guide the development of the 4G ecosystem at 1800MHz. Its 2011 rollout is taking place with the assistance of Ericsson, which built the Next G network, and vendors Qualcomm and Sierra Wireless.

The news is slated to push Telstra’s Next G network even further out in front of Australia’s other mobile networks when it comes to the capability of their rival offerings.

A study in June 2010 by analyst house IDC showed Telstra’s network was — on average — 60 percent faster than that of Optus, as Telstra has continually been pushing the envelope, gradually ramping from 14.4Mbps to 21Mbps, and then to 42Mbps speeds in some sections of its network — with 84Mbps on the horizon.

In comparison, neither Optus nor VHA have disclosed the peak theoretical speeds which are being achieved on their networks, and both have suffered problems over the past several years with widespread customer complaints about dropouts.