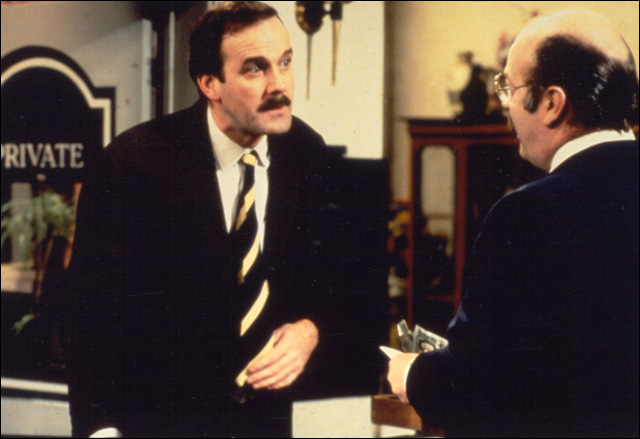 Shadow Communications Minister Malcolm Turnbull has taken Stephen Conroy to task for what he claimed was a habit by the Labor Minister for censoring the idea of a cost/benefit analysis from anything to do with the National Broadband Network – drawing a comparison with classic Fawlty Towers character Basil Fawlty in the process.

Yesterday Conroy published a report by corporate advisory firm Greenhill Caliburn, in which the organisation delivered a positive appraisal of NBN Co’s business case, labelling the broadband company’s assumptions of its future operations as “reasonable”. However, Turnbull yesterday issued a statement claiming Greenhill Caliburn’s mandate itself had been myopic.

“Senator Conroy, like a latter day Basil Fawlty, hires one consultant after another instructing them “don’t mention the cost-benefit analysis”, and everyone, just like the dinner guests at Fawlty Towers, does just that highlighting very plainly that they were told NOT to perform such an analysis and in so doing confirming how negligent it is not to ask and answer the fundamental question about the NBN,” said Turnbull, who has repeatedly over the past few months called for the NBN to be subject to a cost/benefit analysis.

“It is clear that the Government has gotten what it paid for in this report,” the Member for Wentworth added. “The only way to really know if taxpayers will get what they are paying for with the NBN is to subject it to a thorough cost benefit analysis.”

Turnbull also went on the attack regarding several other areas concerning the report, pointing out that Greenhill Caliburn had admitted it had not conducted an in-depth analysis of NBN Co’s funding requirements, and that the report also didn’t purport to either evaluate the Government’s NBN policy objectives or conduct a cost/benefit analysis into the NBN.

“Given Greenhill Caliburn did not provide answers in any of these critical areas, Senator Conroy must immediately reveal how much this latest report has cost taxpayers,” said Turnbull. “Does it represent millions of dollars wasted, like the $25 million McKinsey KPMG Implementation Study whose recommendations were almost entirely ignored by the Government and NBN Co?”

“Senator Conroy must also explain why, yet again, he has chosen to keep secret the full report – just as he chose to keep secret 240 pages of the 400 page NBN Co corporate plan.”

Overnight, the nation’s biggest telco Telstra announced it would upgrade portions of its 3G mobile broadband network this year to the Long-Term Evolution or LTE standard, bringing eventual higher speeds to Australians comparable with those offered by fixed broadband services such as ADSL and HFC cable; although latency is not equivalent on wireless.

Turnbull pointed out that the Greenhill Caliburn report flagged the potential for trends towards “mobile-centric” broadband networks to have “significant implications” for NBN Co’s fibre offerings. “Some consumers may be willing to sacrifice higher speed fibre transmissions for the convenience of mobile platforms,” the report states.

“This report, like the other multi-million dollar consultants’ reports the Government has commissioned, fails to address the single most important issue:- what is the most cost-effective way to ensure that all Australians have access to high speed and affordable broadband?” said Turnbull.

“It beggars belief that any responsible government would embark on such massive expenditure without answering that question. And as a result we are presented with absurd wastefulness such as overbuilding the HFC network which already passes 30 percent of Australian homes and prohibiting it from competing with the NBN notwithstanding it can deliver 100 mbps right now.”