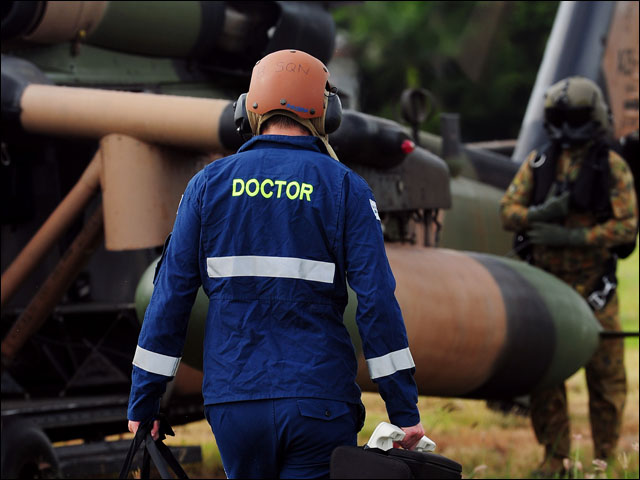 The Department of Defence this morning unveiled plans to build a $55.7 million electronic health system to maintain records about armed forces personnel, commissioning IT services companies CSC and Oakton to assist it with the work.

The project has been named the “Joint eHealth Data and Information” (JeHDI) system and will deploy a military specific, primary care solution known as EMIS into the Defence Information Environment.

In a statement, Defence said it was spending more than $55 million to develop and deliver the JeHDI, which is predicted to be completed by 2014. Gaving Larkings, president of CSC in Australia, said JeHDI was a significant project for Defence and would support the modernisation of the whole organisation.

“This project is an important example of a modernised health system optimising the use of eHealth technologies, to provide the right healthcare at the right time in the right place,” he said.

The Minister for Defence Science and Personnel, Warren Snowdown, said JeHDI would link health data from recruitment to discharge, allowing practitioners to access a patients complete health record. Snowdown added the system would offer flexibility to Defence families who are regularly exposed to relocation, while ensuring confidentiality and data integrity.

“This is a very exciting time for the ADF as they are taking a key national leadership role in the introduction of electronic health records throughout Australia and delivering a single electronic health system across the ADF,” Mr Snowdon said.

The ADF said it has consulted extensively with other agencies, including the Department of Health and Ageing, the Department of Veterans’ Affairs and the National eHealth Transition Authority. CSC said JeHDI would support the Department of Defence in keeping track of its expenses, deriving financial reports on its healthcare costs. Commander Joint Health, Major General, Paul Alexander said the project represented a milestone in the Defence information system.

“I am very pleased that the Australian Department of Defence, and our industry partners, have been able to achieve this significant milestone in the delivery of an electronic health information system,” he said.

Through partnerships with other companies, CSC will also provide application hosting, IT support, training and project management services to the initiative. JeHDI will compliment the Australian Government’s National Health Strategy, which features a $466.7 million investment to develop a personally controlled ehealth records (PCEHR) system, expected to be available from 2012-2013.