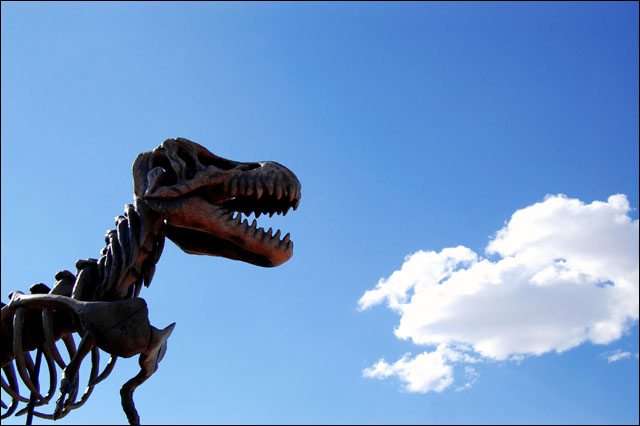 “While banks have remained focused on over-the-counter payments, and the card swipe terminals attached to those cash registers they love so much, PayPal has been building out a robust environment to support online retail for the millions of small businesses that want an easy way to get paid online.”

Now at a certain level Palmer has a point — PayPal is practically indispensable at the moment for anyone doing business online in any serious way. There aren’t many alternatives and the ones that are out there don’t work well. However, she overlooks one crucial fact about PayPal which stands in its way to long-term dominance of the online payments field: It’s a mediocre service which most of its users would dump in a heartbeat if there was something better on offer.

Delimiter recently sold a piece of equipment through eBay for the princely sum of about $1,000. And it’s fair to say the process that the online auctions site made us go through was draconian. Firstly, we didn’t even want to use PayPal, but the site makes it hard to avoid including it as an option.

Secondly, when we did try and transfer the funds out of our PayPal account and into the real world, the process took way too long. First we had to prove we weren’t money launderers, through uploading copies of our driver’s licence and relevant telephone bills (security risk, much?). Then it took several days for the payments to clear.

And, of course, PayPal takes its cut from all of this.

At no point, when interacting with PayPal’s service, do you feel as though you’re getting your money’s worth. Its complicated and hard to navigate site looks like it hasn’t been updated since eBay bought it in 2002 (the Web 2.0 revolution might as well not have taken), its rules are complex and arbitrary, and the service it provides is only used, in short, because it’s the only option.

Sure, at a basic level PayPal’s system works, which is why everyone uses it. And, for online payments, it works better than the current systems offered by the banks. But I would bet that a majority of those using it would welcome competition into the market. Or at least a little innovation from PayPal itself.

If Australia’s major banks — or, indeed, anyone in the world — can come up with an alternative to PayPal’s dubious internet payments monopoly, I say bring it on. As quickly as possible. Let’s not simply cede the future to this outmoded company, which in many ways is as slow moving as the banks themselves. This is about as far away from “real-time banking” as you can get.