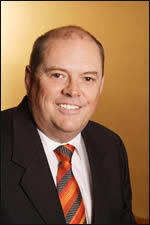 The long-time chief information officer of Austar has flagged his departure from the company’s Australian operations for a role in Europe with its parent company Liberty Global, with his shoes being filled by two senior IT executives with a decade each of experience at the pay TV operator.

For the past decade, Dean Walters (pictured) has led Austar’s technology management structure as its chief information and technology officer, with responsibility for all aspects of the company’s technology platforms. During that time, according to Austar, the executive has driven a service oriented architecture approach to service delivery, through “many re-engineering projects”.

In a statement yesterday, however, Austar chief executive John Porter revealed Walters had been chosen by Liberty Global as the new chief information officer for its broadband operations in Europe.

“Dean’s leadership and insight regarding technology issues over the last 10 years have been critical to our product development and operational efficiency and are greatly appreciated,” wrote Porter. “I congratulate him and wish him well.”

The CEO noted the departures of Walters and chief operating officer Dana Strong — who is also headed to Europe — provided the opportunity for leaders from their respective teams to step up to the next level.

In the case of the technology portfolio, several executives with a strong tenure at the company will now report directly to Porter — Phil Blackwell, general manager of technology and operations, and Brian Matulin, general manager of information systems. Both have been with Austar for around a decade or more.

Matulin, according to his Austar biography, joined the company in April 2002 and has had several senior IT roles there — including his current, which he has held since 2006. In his career at the pay TV company he’s been responsible for the development and deployment of applications and large business projects.

Phil Blackwell joined in December 2000, and has held his current role since 2006. He’s been involved in the delivery of technology, billing and telecommunication services at the company, as well as operational accountabilities for TV, internet and voice products.