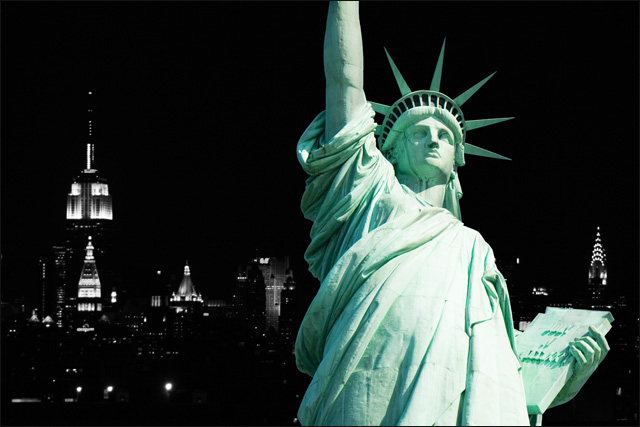 This article is by Justin J. Moses, an Australian software engineer who moved to New York in August of 2010. He is a consultant in the financial services industry.

Moving from Sydney to New York City has taught me a thing or two. The first is — never trust everything you hear. The second — in New York, the best advice is often the loudest.

So perhaps I should fill you in. April last year saw me running a fledgling startup in Australia and looking for a sea change (of sorts). After hesitantly following up on a suspicious job offer in the US, I found myself immersed in a series of interviews, culminating in a day-long face-to-face in New York City.

By August, I was relocating to the US of A, ready to start working with the big boys on Wall St (or at least their quantitative brethren). Having been to the city before, and growing up with so much American pop culture, I figured that the differences would be minimal; the transition would be smooth and painless. But alas, the best laid plans of mice and men and all that jazz.

9 to 5
One of the first things I noticed was the work ethic. Americans makes us look positively lazy. Public holidays are optional – well, other than the big five – and I was literally scoffed at when I enquired about (and consequently explained) long service leave. We’re used to our four week minimum of annual leave – they’re lucky to get two. It becomes obvious very quickly why Americans aren’t big travellers.

There’s more to it than that of course. As a nation exemplifying the virtues of capitalism, it isn’t surprising that social welfare is mediocre at best. In essence, access to health and education – for both you and your family – is heavily tied to your job. Most people have heard the horror stories of those who fell through the cracks of the US healthcare system, and who could forget the dental plan episode from the Simpsons? It’s bad enough to lose your job if you’ve got a mortgage to pay; it can quickly become a nightmare with a dependent or two.

All this boils down to the fact that, as an employee, you’ve got less bargaining power, and losing your job can mean more than just accumulating debt. Indeed, in the current economic climate, unemployment coupled with untimely health issues can quickly spell bankruptcy. Our system in Australia, however flawed, starts to look awfully good in comparison.

The Cult of the Entrepreneur
However, what America lacks in social welfare, it makes up for with innovation. I’ve heard it said that we have it too easy in The Lucky Country, and if necessity is the mother of invention, then we may be a nation of orphans. The number of hip, fresh and successful startups scattered across the United States is staggering: Yelp, Mint, ZipCar, Trunk Club, Zappos, Netflix, Hulu and GroupOn – just to name a few.

As any avid reader of TechCrunch will tell you, there are new VCs coming out of the woodwork every day and acquisitions of niche tech companies are going gangbusters; some even suggest there’s another bubble ready to burst. With every man and his dog running a startup on the side, working in New York City feels like fighting on the frontlines. There’s even the aptly named “Silicon Alley”, a collection of venture capitalists stretching down Broadway right in the middle of Manhattan.

Credit Culture
You’ve probably heard that the US is addicted to credit – indeed New York is still reeling from the recent crisis – and it would be fair to say that we’re developing a similar problem in Australia. Trust me when I say we’ve still got a way to go. In America, your credit rating affects so many aspects of daily life that a poor result can be about as damaging as a criminal record. Correction – it is worse. Want to buy a car? Rent an apartment? Purchase insurance? Get a new mobile phone? Set up cable or the Internet? Credit checks are far more pervasive than you would believe. In fact, some employers even perform them before taking on new hires. Talk about a Catch-22 if you’re out of work and stuck in debt.

For an alien, with new and unblemished social security, you are nonetheless considered untrustworthy, and have to consciously work at building up a good score. After years of recalcitrance, I’ve finally succumbed to owning a credit card simply to earn a rating and prevent the kind of complications that I’m becoming quite sick of. While I agree in financial accountability, I find it frustrating that I have to buy into the credit system just to prove my reliability.

Tips, Commissions and Virtual Equity
Every savvy traveller to the US knows you tip anybody who provides a service. Ballpark is around 15 to 18 percent, but typically people just round to 20 percent, as the math is easier. Whilst many will insist that this ensures good service, I tend to disagree, as the tipping culture has become such a fait accompli that no one dares abstain. There is also a high prevalence of commission-based income – higher than we’re accustomed to in Australia. Sure – it’s expected on high-end electronics, even furniture – but on shoes?

The problem (or benefit, depending on your political sensitivities), is the burden of bad business falls not solely on the owner but rather is spread among the workers. So a recession – or even just a bout of bad weather on a restaurant – will not only hurt the bottom line, but will directly impact the earnings of the employees. Consequently, they have less to spend and thus begins the domino effect. It’s a system that sides more with the enterprise than with the workforce, and whilst encouraging aforementioned entrepreneurs, it certainly makes it hard for those in service and retail to budget and save.

Live and Let Live
Perhaps you’ve heard the comparison: Sydney is to Los Angeles what Melbourne is to New York. Having spent little time in Melbourne, and having avoided LA for the last 29 years, I’m not a great authority on the subject. However, the unofficial axiom of New Yorks seems to be “It is what it is”, and from a Sydney-sider’s perspective, it’s a breath of fresh air.

If you want to sport a waxed moustache twirled to the limit and ride a unicycle whilst walking your cat on a leash, no one will look twice (well, perhaps they’ll covertly stare for a moment). The truth is, differences are celebrated here. It makes Sydney seem downright conservative. As much as I miss the active lifestyle – and the gorgeous backdrop – I don’t miss the pretention, or the cronyism.

Fin
New York is a city with the potential to make or break you. The rent can kill, there are middlemen for the middlemen, and everyone is trying to make something of themselves. But don’t be fooled by hearsay – despite the size, it’s a friendly city; New York will welcome you with open arms. Almost everyone is from out of town, and very few are so settled that they can’t squeeze in a few more friends.

It’s the beating heart of an incredible country, with so much opportunity and yet, like the rest of the nation, it can chew you out and leave you up the proverbial creek. For all my self-deprecating on our obsession with regulation, I find myself grudgingly admiring the ecosystem we’ve created in Australia. We might not breed the best executives or entrepreneurs, but the stability that we rely on daily is so solid that most of us couldn’t fathom forging a career without it.

I love it over here, but I confess I do miss our lucky country.