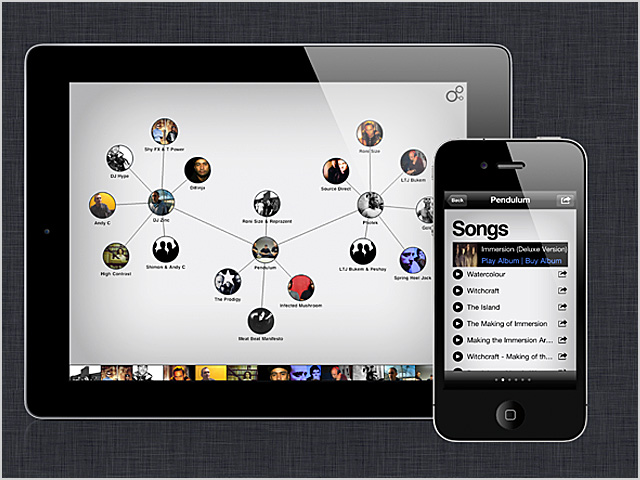 The company is the creator of the Discovr range of iOS applications, which are distributed through Apple’s iTunes and Mac app stores. The company’s Discovr Apps application (free) makes it easier for users to find new apps for their iPad or iPhone, while the Discovr Music app (99c on iOS, $5 on the Mac) makes it easier to find new bands and artists on those platforms, plus the Mac. “We’ve had more than a million downloads so far on iOS“ said David McKinney, CEO and Founder of Filter Squad, in a statement issued by Yuuwa.

“With the release of Discovr Music for Mac App Store we’re extending our reach into an entirely new market. It’s challenging and inspiring to build great user experiences for Mac desktop users, and it’s been really satisfying for us to create this app. Our goal was to create an app that enhanced the way that people use their desktop machines everyday, and we think that Discovr Music for Mac App Store is our best app yet.”

Yuuwa, which has previously taken a $200,000 investment in Filter Squad after the startup was founded in January this year, is a $40 million early stage VC firm based in Perth and supported by local investors as well as the Federal Government’s Innovation Investment Fund program. Its most public face is Matthew Macfarlane, who is well known in Australia’s startup community for his work with Vibe Capital and the Minti parenting site.

Others involved in Yuuwa include Liddy McCall, an investor and lawyer who has also worked as an associate director for Macquarie Bank’s corporate advisory group and James Williams, who has taken two medical devices to market in chief executive officer roles. Both have been involved in the biotechnology sector.

The name Yuuwa means ‘Sky’ in Ayapathu — a language of the indigenous people of a section of the Cape York Peninsula. The company’s first investment was $1.2 million in another Perth company, iCetana, which is attempting to commercialise a video technology which recognises unusual behaviour from moving video footage — for example, someone falling down stairs at a train station.

“The investment round will enable Filter Squad to build out their engineering team and continue to grow their international presence by hiring key team members in the US,” said Filter Squad in its statement.

opinion/analysis
Wow. This is how fast Australian startups can develop at the moment. Filter Squad was founded in January 2011, won $200k of investment almost instantly, achieved a million downloads of its apps and then took a second $1.1 million round less than a year later. Anyone who thinks Australian startups are disadvantaged compared to the rest of the world, or that our local startup scene is not hopping, is crazy. There are investments flying all over the place right now.