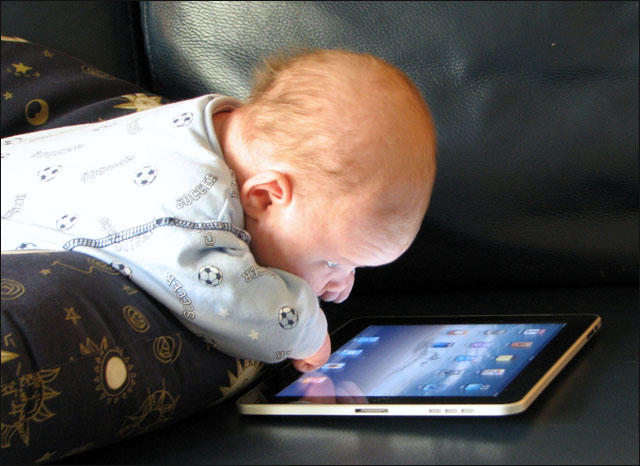 Consumers love it. Business professionals in a wide range of fields love it. Politicians (hello, Mr Turnbull) love it. Even babies love it. And increasingly, doctors and other medical professionals love it. But six months after the iPad launched in Australia and with the hyped Apple tablet selling like hotcakes, Australia’s health departments don’t yet appear to be that interested in the device.

In separate statements issued over the past week, the health departments of most of Australia’s largest states have made it clear they have so far shunned official trials of the device in medical facilities round the nation.

The Northern Territory, New South Wales and South Australia health departments have no formal proposal for clinical use of the device. Even Victoria — where former Premier, John Brumby, had promised to deliver an iPad to each Victorian public hospital doctor if re-elected, and where 500 devices were already handed over — seems to be far from considering an official trial in the healthcare field.

In fact, a Department Health of Victoria spokesperson said that although there are polices in place regarding the use of all mobile computing and data storage devices, the department has no formal view on tablet devices and potential use within its operations.

“How many iPads might be available and used within health agencies is unknown, particularly as clinicians can purchase mobile computing devices such as laptops and tablet computers (including i-Pads) via the Continuing Medical Education Support Entitlement,” they said.

A NSW Department of Health spokesperson said the department did not hold formal plans on specific brands or devices. They said the department considered the application and implications of these technologies as part of the rollout of future corporate and clinical programs. “Information that needs to be made portable is complex and varied — for example video, digital images, pathology results and the range of devices required will always be mixed and could potentially include Android-based tablets,” a spokesperson said.

The spokesperson said said the NSW DoH did have a dedicated program to upgrade its infrastructure to enable greater mobility for the workforce, but wouldn’t share more details about how the department is working to make it happen: “We are working to ensure that information transfer occurs wherever the health stakeholder is — so applications need to consider hospital, home, and state-wide roaming.”

The Northern Territory healthcare system appears to be even less engaged in the deployment of the iPads. In fact, a spokesperson from the NT Department of Health and Families denied any use of the iPads or other tablet devices.

Months before Brumby’s controversial offer of thousands of iPads, the South Australia’s Health was instead discouraging the use of the device among its staff. In fact, in May 2010, South Australia Health chief executive officer, Tony Sherbon, issued a letter to all staff warning them off corporate purchases of Apple’s iPad device until the department’s IT team could assess it.

A major concern of the SA Health was ensuring the security of patients’ personal information.

Since that time, the department has softened its view on the Apple tablet. SA Health chief information officer, David Johnson, said the ban was lifted in October when a review proved the security, functionality and cost-effectiveness of the iPad and some controls were placed around its use.

“The secure use of mobile computing devices such as the iPad is a major consideration within their use in a business and clinical setting,” he said. “All iPads used by SA Health have remote wipe and barring if passwords are incorrectly entered three times.”

Johnson said data can also be remotely wiped if the devices are lost or stolen, which he added was a significant advantage over paper and laptops. The CIO said that since the lift of the moratorium SA Health executives have been using iPads primarily as e-readers; a practice which has proved to be cost-effective in reducing costs in printing large documents.

However, Johnson said that to date there have been no formal proposals for clinical use of the iPad in SA Health acute settings. “Both clinical and business use of iPads is subject to an approval process within SA Health so as to ensure security and inter-operability issues are carefully considered,” he said.

The health department’s lack of formal interest in the iPad comes as a stark contrast to the interest of their colleagues in education departments around the nation.

In September last year a number of education departments revealed they were involved in iPad trials or ad-hoc deployments in schools to see how the technology functioned. Universities, too, have jumped on the bandwagon, with some — such as the University of Adelaide — actually deploying iPads for free to students in an effort to replace textbooks.

In mid-November, Curtin University — like Macquarie University in Sydney — said that its campuses in Western Australia had been swamped with iPads, with chief information officer Peter Nikoletatos yesterday stating between 300 and 400 of the tablets had made their way into university staff hands since Apple launched the iPad in Australia in May.

Some of the tablets have been paid for by staff out of their own wallet, while some have been purchased for the university. The comments echo similar sentiments made by Macquarie University CIO Marc Bailey in late October. At the time, Bailey said the institution had initially been responding to staff requests for the tablet on an ad-hoc basis. But the situation snowballed and it quickly had to develop a more standardised corporate approach.