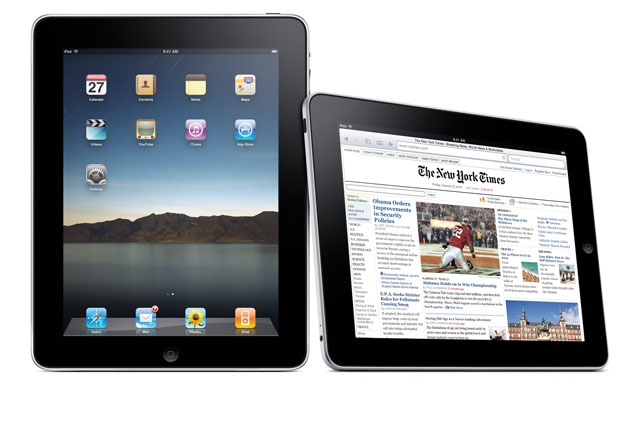 update Macquarie University this week revealed it had already embraced “hundreds” of iPads for staff and students — just a scant few months after the hyped Apple tablet launched in Australia in late May this year.

Some of the tablets have been brought on campus by students and staff for personal use, but the university has also developed a standardised corporate procurement initiative to meet demand.

In an interview this week, the university’s chief information officer Marc Bailey said the institution had initially been responding to staff requests for the tablet on an ad-hoc basis. But the situation snowballed and it quickly had to develop a more standardised corporate approach. “It became pretty clear within weeks of launch that it was going to become huge,” he said.

By September, the university had developed what Bailey described as a “coordinated turnkey approach” to the situation, working closely with Apple to do so. Staff can now order iPads directly from the university’s Information Technology Services division. If a tablet breaks, they send it back centrally for a replacement — the same as with most other organisational computing resources.

Bailey said so far the most popular applications had proven to be apps such as Dropbox, which allows files to quickly and easily be transferred from a PC to an iPad for viewing, and GoodReader, which allows users to read PDF documents and annotate them with markup notes.

Bailey himself is an avid iPad user as well. The CIO says the device has become an integral part of his working and personal life. He mainly uses it for consuming content, especially on the road — noting the tools for creating documents and other content on the iPad aren’t as developed as they are on the consumption side.

The news comes as iPad use is ramping up in large organisations right around Australia. The device is particularly being trialled in the education and healthcare sectors, but is also being speedily adopted at the boardroom level as a replacement for paper.

Product tracking firm GfK Australia yesterday released new research purporting to show that around 188,000 tablet devices had been sold in Australia over the past six months — with almost all of those sales being iPads. The research was based on a survey of over 12,000 Australians.

According to GfK, the research results suggested that 4 out of 5 Australians were already aware of what tablet PCs were, and that 1 in 8 were likely to purchase one in the next 12 months. “These results suggest that tablet PCs are gaining momentum in the Australian market, and consumer interest and demand is likely to grow even further as more brands enter the market leading into the Christmas period,” the company said in a statement.

Releasing its regular research tracking the national PC market, IDC also recently raised the influence of the tablet PC market as a factor to watch.

“There has been a lot of attention given to the media tablet space around the globe and questions have been raised as to whether it will cannibalise other form factors, in particular mini-notebooks (netbooks),” said IDC senior market analyst Trevor Clarke. “Everybody is watching this space at the moment and it does hold some exciting potential for further growth”.

Clarke noted, however, that IDC didn’t think the tablet factor would cut into the traditional PC and laptop market too much: “Instead, for the time being we see them as complementary devices that are making the consumer device meal bigger that some executives want to also pack up and take into the workplace.”

Another potential wild card will be the entrance of a number of Android-based tablets into the Australian market from early November. Dell has already launched its 5” Streak in Australia, and both Telstra and Samsung are planning Android tablet launches shortly.

Macquarie University’s Bailey said while it was “still early days” with Google’s mobile operating system, he really liked the openness of the platform.