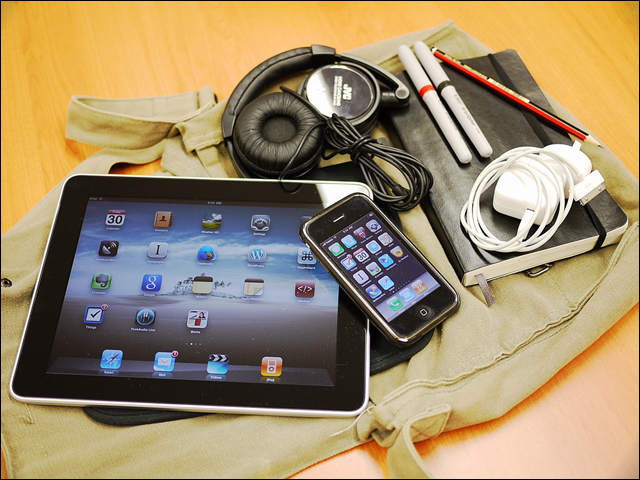 The Tasmanian Department of Education and Training has revealed over 30 iPads are being trialled in a number of schools across the state, with plans in the works to also examine the potential for Android- and Windows-based tablets to be used as an education device.

“There are about 30 iPads across 10 schools or thereabouts. We have a couple of primary schools that only have a couple each — they are just trying them in literacy programs,” said Trevor Hill, the department’s director of Information Technology Services. “We have a couple of high schools that have ten each that are trialling them a bit more across some of the other curriculum areas — not just literacy.”

“Everyone is trying to work out where it might fit and how it compliments the traditional computers used in schools,” Hill said in relation to where the iPad fit in with the rest of the established devices such as desktops, laptops and netbooks. “It is not a device that is easily shareable.”

The Tasmanian department is divided in four geographical locations, with each region represented by a technical IT consultant who works with the schools in their respective regions to coordinate IT support and desktop and ICT plans.

“I get my school IT Consultants to sit down with the school principals and actually discuss as to where the technology may be of benefit,” said Hill.

“We had our Apple account manager come along and do some presentations to a couple of our schools around potentially doing the digital education computers with the iPad. He discussed what was happening in the trial at [Victoria’s education department,” he added.

The department had a “really good account manager” from Apple who did presentations to a couple of the state schools about digital education computers from the point of view of the iPad.

Hill said that the Tasmanian schools were watching the Victorian DET iPad trial with much interest. The Victorian Department of Education and Training has distributed 500 iPads across the state as part of the $150 million Brumby Labor Government investment in government school IT programs.

The Tasmanian departments provides each school with annual grant money for ICT purchases. Each institution has the prerogative to purchase products that suit it from the DET web-based shop. The online store features equipment from two Windows PC suppliers — Lenovo and Acer — and Apple equipment.

“We don’t turn around and say you gotta have say five of these or ten of those, each school make their own local decision,” said Hill. “They then use the annual ICT grant money to pay for the equipment from. It’s all based on local decision-making.”

Hill said that Tasmania’s five year plan was that the students bring their own devices to school and use the school’s wireless network. A handful of Tasmanian schools are already trialling this method.

“We have two or three schools here that do that today and they run a open but secured wireless environment, so all the student has to do is use their network account and password to authenticate to the wireless network,” said Hill. “They can bring in their iPod touch and an Apple MacBook or whatever the case may be, and it’s supported on the network. So that would be our direction of choice.”

And other operating systems will be considered in future as well.

The IT director said that although Tasmania’s education department was trialling the Apple products, that line of products wasn’t its only focus — the department’s IT systems are predominately Microsoft with a few schools that run Linux. The department was open-minded, he said, about exploring other devices as they come to market and it encouraged schools “in looking at any technologies they want”.

“As the Android and the other Windows based tablets come about we would be certainly supporting our schools in reviewing those My gut feeling is schools are going to have a variety of devices which they would use for a particular task.”