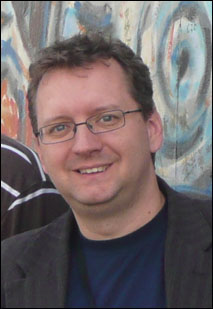 Local social bookmarking startup Trunk.ly suffered a trial by fire when it soft-launched in December 2010, as rumours swirled that Yahoo would shut down its dominant Delicious site. In this profile, the company’s founders Tim Bull and Alex Dong talk about the current state of their startup, and the likely future.

Tim Bull (pictured, right), director at PwC working in its Global IT Architecture team. Alex Dong (pictured, below left), co-founder Hoakanbu.com, the largest photo-blogging site in China. Exited that in 2008 and then “world traveler” in 2009. We jointly co-founded BinaryPlex Pty Ltd (our ‘corporate’ identity) in November 2009 and since then have launched several products including Tribalytic, a Twitter market research tool.

We met at BootUp Camp, a two-week event organized by Bart Jellema, Kim Chen and Brian Menzies designed to help founders get a feel for running and launching their first startup. After working on the same project (JudgeItNow, since defunct), sharing a backpackers room together and basically living in each other’s pockets for 2 weeks straight, it was clear to us both that not only could we work together, but we really enjoyed it.

Trunk.ly isn’t our first idea, in fact we’ve pivoted several times, but the common thread to everything we’ve done is how to get utility from people’s online digital trails. As far as the genesis of the idea, we had a lot of frustration as active social media users that we could never find links again after we’d shared them. We spoke to a few people and realised that this was a common frustration.

Trunk.ly connects into your online networks like Twitter, Facebook, Tumblr, Posterous, Delicious and more and monitors them for any links that you share. Whenever you indicate that a link has value (for example by sharing it on Twitter), Trunk.ly collects them, crawls the web page the link points to and stores them for you, building a personal search engine of not only the content stored with the link, but of the page the link points to as well.

Quite simply, Trunk.ly’s goal is to ensure you never forget a link.

It was launched prematurely on the 16th of December when the rumours leaked that Yahoo might be shutting down Delicious. We had this vague mental runway that we’d launch Trunk.ly towards mid-January 2011 once we’d tested it with more users and finished a few features, but the opportunity was just too good. As a start-up it’s really hard to get cut-through and have people be interested in what you’re doing, and here we had a really active community that was actively looking for an alternative solution.

Although the first four weeks were really hard, we think it was ultimately worth the pain – we managed to achieve coverage and gain attention that I think it would have been very hard to do without that immediate interest in bookmarking and link curation.

We haven’t implemented one as yet — there are a few ideas gestating however, it’s not really our immediate concern. Since launch, we’ve seen a lot of signs that this is a much-needed solution. Social bookmarking has actually been remarkably unsocial for a long time, and there is a real appetite for what we’re doing. 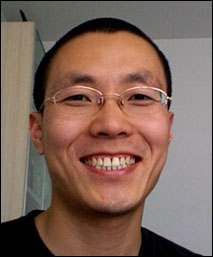 We’re bumping around Alexa’s Top 20K global websites, we’ve got a strong and growing community who have taken our API and are actually building solutions with it, and in the last week, we indexed some 2.2 million links for our users. That’s just in our first month.

Before we rush into slapping on a half-baked charging idea that annoys everyone, we want to explore things a lot more – we know people use us, but we’re still understanding how and what it is they want to do with the tool. Once we get this (and we are building all sorts of metrics to help us understand this) we can really start to optimize around a those behaviours and make sure we have a really compelling experience.

Self-funded to date – a combination of saved cash and some revenue from Tribalytic and a bit of contract work towards the end of last year.

Two of us at the moment, but we have lots of great supporters in both the Australian startup community and the Trunk.ly user community too. For example, one user really wanted an RSS connector for Trunk.ly, the approached us and offered to help, so we gave them a spec and they wrote it for us then open sourced it so we could quickly implement it.

Right now it’s other bookmarking sites like Diigo.com, Pinboard.in and Faves.com. We have a very open nature to what we are doing – ultimately users own their data and they can do what they want with it, they can export it or they can access it via the REST API.

From a product perspective, we want to keep improving the user experience of Trunk.ly — at the moment it’s a really useful tool, but we can do a lot more to make it something you come back to every day. We also want to work on the social experience — we think it’s important, but it’s not yet where we want it to be at. The other thing is funding — we think Trunk.ly has significant potential and we’re actively looking for Angel investors that can help us get there.