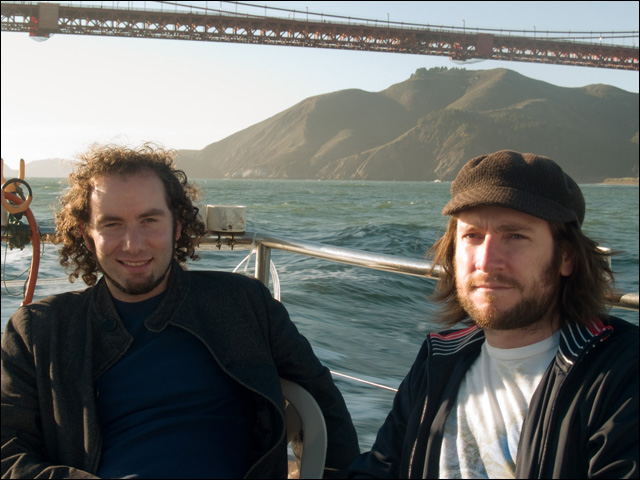 Every Monday we’ll profile an Australian startup from the technology, telecommunications or video gaming sector. Drop us a line if you would like to have your company profiled.

Both then worked at Pacific Internet (now Pacnet), initially in senior tech support roles before Tom moved into a pre-sales engineering role with the corporate sales team, whilst Fenn moved into the MIS team as a software developer.

The two left Pacific in late 2003 to found two companies: Hostexchange was a provider of software products and consulting to small ISPs and telcos, and was a major technology provider to ISP wholesaler ispOne and ASX-listed Wi-Fi & broadband provider SkyNetGlobal; Granite New Media was a web and graphic design studio that completed major cross-media projects for The Falls Festival and Linfox Property Group.

By 2006, with the tough lessons of their first foray into entrepreneurship forcing them to rethink their direction, they put their businesses on hold to allow themselves to consider new ideas. Tom worked briefly in pre-sales consulting roles at Destra and IntraPower before becoming a consultant writing software for the transport and taxi industries, whilst Fenn took a contract developer position at Intrepid Travel.

The third founder, Andrew Tipton, who joined the team in early 2010, hails from Tennessee, USA. Beginning his software developer career as a teenager, he landed a role as lead developer for Knoxville-based cleantech startup IdleAir in 2001. Moving to New Zealand in 2003, he undertook tech consulting roles with various telecoms and web development companies.

Adioso came into existence through a combination of persistence, willingness to abandon bad ideas, and naivete.

Since their OzEmail days of 1999-2000, Tom and Fenn had built their friendship around hare-brained business ideas. Their first companies (Hostexchange & Granite) had successes and setbacks and whilst they both showed potential, in the end they didn’t seem promising or interesting enough to be worth persisting with.

It was when the two decided to take a brief holiday to Thailand after putting their first businesses on hold in 2006, that they found the online travel experience to be in desperate need of innovation. They realised this was particularly the case in the budget-conscious, leisure-travel segment that was rapidly expanding through the emergence of new low-cost airlines Jetstar and Tiger Airways.

The first version of Adioso was quietly launched to Australian discount-travel enthusiasts in early 2008 and immediately drew an enthusiastic response, particularly for its simple interface and unique ability to search over broad timeframes.

Whilst it was initially an experimental side-project intended to gain experience in building consumer web apps, the excited reaction from users and steadily growing traffic suggested it may be worth pursuing further.

The pair applied to Y Combinator in November 2008, and were successful, joining the Winter 2009 cycle in Mountain View, California, during which they launched the second version oft he site.

They have since taken two rounds of angel funding from Silicon Valley and Australian investors, and have been busy continuing to develop the product as well as learning just how difficult it can be to penetrate the travel industry.

Last week they launched version three of Adioso, which is the first version built for a global audience and focused on generating revenue.

Adioso is a flight search engine that offers the following unique features:

The problems Adioso is solving are:

Initially, we’ll take any low-hanging fruit we can see, including airfare referrals where available, and accommodation referrals, which are quite lucrative and easy to access. In the future we’d like to create new ways for airlines to market their products and find new passengers, and derive service fees or referral commissions.

Started out as a self-funded side-project, then US$15k Y Combinator funding in Jan 2009, US$70k Silicon Valley angel round in Mar 2009 and a US$270K angel round from Australian investors, mostly from travel-tech backgrounds.

The three founders are the only full-time staff. We engage contractors for graphic design, front-end coding and integration, and are now recruiting new staff to fill engineering and marketing roles.

We don’t consider ourselves to have direct competitors. We’re servicing a market segment that existing players have overlooked. The major players in airfare search globally are Kayak and Skyscanner, but our product works very differently, and facilitates a very different style of travel to these or any other flight search sites.

Expand the number of airlines and destinations we cover to grow our audience. Start tapping into whatever revenue sources can be accessed reasonably easily. Continue building an amazing team of talented engineers, designers and marketers who are obsessed with travel.