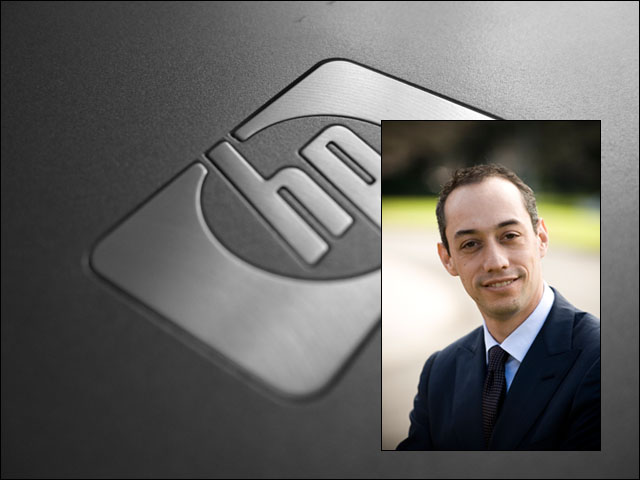 It’s safe to say David Caspari (pictured) had a bit of a rough ride when he took the local reins of EDS in October 2008 scant monts after his employer of just one year — HP — bought the Texan IT services giant.

Caspari was already a seasoned technology executive at the time. Before being appointed to lead the new HP Enterprise Services division formed out of the rubble of the merger, he had already been leading HP’s Technology Solutions Group in the Asia-Pacific and Japan region — overseeing some 14 countries. And in the past he’d held similar lofty roles — leading Cisco’s Asia-Pacific sales and operations for its core telco market, and also working in senior positions for Nortel, Bay Networks and Alcatel.

But it’s hard to be able to know whether anybody could have been prepared for what Caspari would have had to deal with at EDS at the time.

The newly merged pair of companies had already revealed plans to lay off some 75 staff in Australia, and later in November confirmed plans to cut about another 7.5 percent of their local workforce — at that time around 6,000 staff.

The company’s key union — the Association of Professional Engineers, Scientists and Managers Australia — became involved and line managers started leaking inside details to the press as they despaired of being forced to lay off teams they’d painstakingly built up over years. The events culminated in what will be forever remembered by Australia’s IT industry as a black day — when a sacked EDS worked attempted suicide at the company’s Burwood facility.

For most of the two years since, Caspari has taken the approach to appearing in public that his boss, HP Australia chief Paul Brandling, has long favoured: Don’t do it. But in a rare appearance in front of the press yesterday to announce HP’s local private cloud computing strategy, the executive appeared to have come out of the past two years of company integration unscathed.

“We’ve had our head down, working hard,” Caspari laughed after being asked to talk about the integration experience.

The executive said the company felt as if it had made “incredible progress” and been very successful in the period. The company’s goal, he said, had always been to make sure that it continued to deliver world-class services to clients, while making sure that it took its “very important and critical employee base” through the integration journey.

At a personal level, Caspari said, he had experienced “great personal satisfaction” that the company was now “well-positioned for success in the future”. HP Enterprises Services was, Caspari said, now very focused on winning in the marketplace and “delighting” its clients.

In that area, too, however, HP faces challenges in Australia.

EDS had built its stunning success and huge employee base in Australia on a series of mega-contracts; billion-dollar comprehensive technology outsourcing deals with the likes of the Commonwealth Bank of Australia, the South Australian Government and the Australian Taxation Office.

But in the new era of multi-sourcing, organisations — including all of the three named above — are carving off chunks of their large contracts into smaller pieces, each of which can be picked up by a different service provider specialised in a certain area — such as telecommunications, for example, or desktop support.

EDS’ deal with the ATO, for example — was sliced in three chunks. And two of those chunks were won by HP’s rivals , with Lockheed Martin picking up the desktop support aspect and Optus winning control of the ATO’s network.

Also, over the past several years, HP Enterprise Services has been slow to name new Australian customers publicly; unlike rivals such as IBM (which has won deals with the National Australia Bank and Westpac in recent months, for example) and CSC, which has been successful in resources and financial services.

Yet yesterday Caspari claimed the past financial year had been kind to his division.

“It’s been a very good year for us,” he said, noting the company had grown faster than the local market and had “taken market share from our competitors”. It had also been “a year of innovation” as the company prepared to launch its cloud computing model, ‘Utility Services’, in Australia.

Caspari gave two examples of recent customer wins to back his argument. Firstly, he pointed out that HP had retained some of the EDS business with the Australian Taxation Office — the central computing contract which covers mainframe, mid-range, data warehousing, storage and secure gateway services to the massive government agency.

The HP executive described the ATO’s decision as “a big vote of confidence” in his company.

Secondly, the executive flagged HP’s involvement in the Leighton-led consortium announced this week (PDF) to build the new Royal Adelaide Hospital as a public/private partnership. It remains unclear exactly what the technology vendor’s role is in the project, but the hospital will be a large one — with 800 beds and advanced technology features such as beside entertainment, in-house wireless internet, equipment tracking capability and so on.

Caspari said the wins were “just two of many examples” that underpinned the market share growth that the company had had in the past year.

Then too, HP Enterprise Services is planning for the future in Australia. The executive also confirmed the company was ploughing some $119 million into a massive new datacentre in Sydney’s Eastern Creek facility. The project — which is expected to take about 12 months to be completed — will play strongly into the company’s strategy of providing cloud computing services hosted in Australia.

Perhaps the last thing that you could say about Caspari might be a speculative guess about his future.

The current leader of HP’s overall business in Australia is Paul Brandling, the company’s reclusive vice president and managing director of its South Pacific region. Brandling — who rarely appears in public and regularly declines interviews, despite the multi-billion dollar size of his company’s revenues in Australia — has been in his role since 2002; having led HP acquisition Compaq locally before that.

HP Australia has never articulated a clear succession plan, but Caspari’s would likely be one name that would come up in the event of Brandling’s departure from the business or migration to a different role. The executive has already held a plethora of regional and country management roles, after all, and he’s the most high-profile executive below Brandling in Australia.

Perhaps most importantly, he’s successfully kept the lid firmly closed on the EDS pressure cooker in the Australian market over the past two years, avoiding any more embarassing leaks and keeping the unions out of the picture — at least publicly.

This week, Caspari gave no indication that he wasn’t excited by HP’s current prospects.

Interrupting his fellow executives several times during yesterday’s press conference as his passion for the subject burst out of him, he leaned across the table to speak excitedly about the company’s global strengths. Caspari said HP was “the largest IT company in the world”, with some 300,000 staff globally, and that this scale meant HP’s global product development capabilities were unmatched — and that this factor would flow through to the company’s local private cloud deployments.

“It’s something that should not be underestimated,” he said. Words that could perhaps apply to Caspari himself.