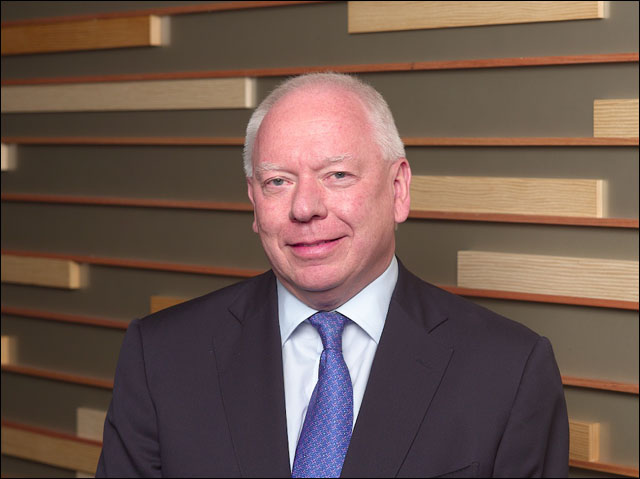 This morning top-tier bank Westpac revealed it would renew its comprehensive technology outsourcing contract with IBM for a further five years, with the bank’s technology chief Bob McKinnon (pictured) stating the relationship had improved greatly in recent years.

The bank’s initial contract with IBM was signed ten years ago for an initial total value of $2.3 billion. Since that time it has become one of the nation’s longest-running and highest value technology outsourcing arrangements. However, like any long-running marriage, the relationship has not been without a few bumps on the road.

In August 2006 then-Westpac chief security officer David Backley publicly spoke of the bank’s “battle” with Big Blue over security governance. And just a few weeks ago, Westpac group executive of technology Bob McKinnon said the bank had set out two years ago to decide whether it could “rebuild” the IBM relationship.

Over the years, Westpac has brought a number of other technology services partners on board — particularly in India, where it uses other companies like TCS, Wipro and Infosys alongside IBM. Today, however, McKinnon said things had improved.

“I’m proud to say that our relationship with IBM has come a long way over the past couple of years, and we’ve made significant inroads to improve the reliability of our systems,” he said in a statement. “In parallel, we’ve jointly approached commercial negotiations in the right spirit, collectively shaping this new IT services contract which will drive a very different relationship and set us up for the future — aligning our companies to a shared vision, strategy and values.”

And McKinnon also said a number of other benefits would be gained from the deal — including “substantially improved” IT services and capabilities, best of breed technology, a rigorous governance model supported by “a robust vendor management framework”, granularity, transparency and flexibility in pricing, and service requirements and metrics aligned to Westpac’s business requirements.

It appeared from McKinnon’s statement that one reason the bank had chosen to retain its IBM contract might have been the need to avoid risky change at a sensitive time.

Westpac is currently implementing a five-year IT transformation program, involving a number of what it calls ‘Strategic Investment Priorities’. The project is being run by Bernadette Inglis. McKinnon referred to one of the benefits of the IBM renewal as being “risk mitigation at a critical time”.

“Importantly, we have been able to retain IBM’s extensive expertise and knowledge of the organisation, while also driving flexibility on key aspects of our partnership,” he said. “This new relationship will support the significant IT investment program underway within the Westpac Group to improve our customer touch points and support our multi-brand model.”

And Westpac is still leaving itself open to using other suppliers as well, with McKinnon stating that “enhanced service management” through the new IBM deal would see Westpac taking greater accountability in the design and management of IT services, so that it had the “flexibility” to use other suppliers or solutions where appropriate.

Westpac didn’t disclose the size of the new contract. However, despite the fact that the bank has grown extensively over the past ten years, especially through the acquisition of St George, it said there would initially be “little change in IT spending” as a result of the new deal.

“The flexibility of the contract will assist in delivering improved efficiencies through the implementation of new technologies and the completion of the Strategic Investment Priorities programs,” the bank said.