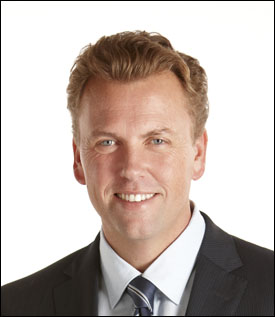 The initiative is a label being applied to a number of different systems being rolled out in schools across the state, including financial systems and also a new automated student management system. The aim of the project is to provide standardised business processes to teachers, staff and students and make more information available to parents about their childrens’ progress and education.

This morning, Emerson said the third stage of the project’s rollout was due to hit schools in January. However, he said, over the past week the department had scrapped the timing, with “fears that they were facing another meltdown along the lines of the Health payroll debacle”.

Queensland Health has suffered extensive problems with its implementation of a new SAP-based payroll system this year, leading to an embarassing situation where a number of medical staff had received their pay late or — in some cases — not at all.

Emerson said the claimed delay was seen as “a major saga” and that the school staff who were going to use the system had “no confidence” that they could use it. “Obviously at the eleventh hour the Government doesn’t want to risk it,” he said, of the claimed decision to postpone the project’s rollout.

“This has all the signs of another health payroll debacle in the making and further exposes major problems with the State’s IT service delivery,” Emerson said in a separate statement. “Once again we are seeing evidence that major projects, which cost Queensland taxpayers hundreds of millions of dollars, are just beyond the ability of this tired and incompetent Labor Government.”

However, the state’s Education Minister Geoff Wilson rejected Emerson’s approach to the situation in a response (PDF), describing the new finance package as “ready and available for progressive rollout in 2011”.

Wilson acknowledged some staff had indicated they would like more time to become familiar with the new program, and pointed out that training was integral to the rollout of any new program.
“It’s important the department listen to administration staff and principals about how to best implement this program,” he said.

However, Wilson said since 2008, when the OneSchool rollout commenced, feedback from teachers and school staff had been “very positive”. “The projects under the OneSchool banner are being appropriately managed within budget,” he said.