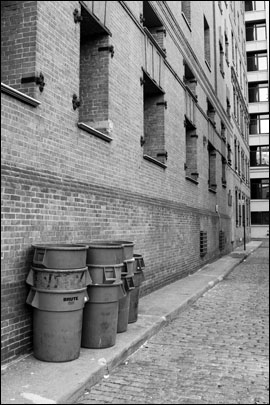 One of the most contentious relics of the Trujillo era at Telstra has been partially put out with the garbage, with the news this morning that the telco had sliced a large piece of the pie out of its long-running relationship with handsets wholesaler Brightstar.

In March 2006, Telstra inked an exclusive deal with the US company to manage its supply chain — including the provision of handsets, inventory management, retail fulfilment and so on.

The deal immediately raised hackles in the industry. CRN reported at the time that Telstra’s then-suppliers, Brightpoint and Roadhound, had been left wondering why no formal tendering process took place, and reports immediately surfaced of close links between then-new Telstra chief Sol Trujillo and chief operations officer Greg Winn and Brightstar.

The deal — expected to be worth billions — would end up being only one of a number of controversial contracts signed during the Trujillo period, with a stir being caused in the industry about what some saw as a lack of due process in Telstra’s tendering initiatives.

This morning, the AustralianIT reported that Telstra had taken its handset supply needs back in-house from the supplier, a year and a half following Trujillo’s departure.

“When we first entered into a contract with Brightstar, their size, scale, global sourcing experience and relationships with manufacturers offered us value,” confirmed a Telstra spokesperson to Delimiter this afternoon.

The spokesperson said over the years, Brightstar had delivered “significant” cost savings to the telco, access to the latest handset and internet devices at “competitive prices” and faster delivery of products to Telstra’s shops, and eventually customers.

However, the telco’s wide-ranging Project New internal revamp — which is seeing all contracts with external suppliers being reviewed — has seen the relationship chopped. “We have made a strategic decision that the time is right for us to bring our handset sourcing back in house in 2011 — in the current market we believe we can deliver value for our customers by negotiating directly,” said the spokesperson.

However, the telco also noted that Brightstar would “continue to be an important provider of supply chain and logistics services for Telstra”. It was only in March last year that Brightstar and Telstra inked an exclusive, three-year deal which is seeing Brightstar improve the performance of Telstra’s retail supply chain.