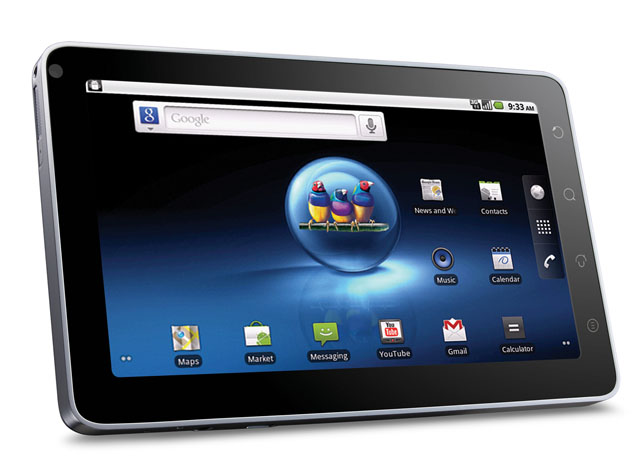 US display giant ViewSonic has unveiled plans to shortly bring its 7″ and 10″ ViewPad tablet devices to Australia, inviting journalists to a launch event next week in Sydney.

The tablets will be demonstrated by ViewSonic Australia country manager William Tse and are expected to be launched locally over the next few months, after they were unveiled globally in early November. The ViewPads are comparable in many ways to the current crop of tablets available in Australia — Apple’s iPad, Dell’s Streak and Samsung’s Galaxy Tab, as well as low-end devices from Telstra, and soon, Optus.

Like the Galaxy Tab, the 7″ ViewPad comes with Android 2.2 installed. It features a 800×480 resolution screen and a 3 megapixel camera on the rear, with a 0.3 megapixel camera on the front for video calling. However, Engadget was less than enthusiastic about the tablet’s processing power in a recent article, with the global gadget blog critical about what is expected to be a 600MHz ARM CPU powering the ViewPad 7.

Engadget surmised that the ViewPad 7 was a rebadge of the Olive Pad device which has been launched in India. It comes with what ViewSonic is calling “3.5g” mobile broadband connectivity, as well as supporting the 802.11 b and g Wi-Fi protocols.

The 10″ version of the ViewPad also has at least one specification that gadget hounds will be unimpressed with — unlike the 7″ model, it runs Android 1.6, a prior model of the operating system which was first released in September 2009.

However, unusually for an Android tablet, the device also dual-boots Windows 7 Home Premium. It comes with a 1.66GHz Intel Atom CPU, and 1GB of memory onboard, with a 16GB SSH hard disk and expandable micro SD slot. It has a 1024×600 LED backlit screen with capacitive multi-touch, and a 1.3 megapixel camera on the front.

However, the ViewPad 10 also appears to have at least one major flaw when compared with its rivals — it appears to be a pure Wi-Fi device, with no 3G connectivity.

ViewPad has advertised the 10″ tablet as being available in the first quarter of 2011 for a recommended price of US$629, with Engadget listing the price of the 7″ model as US$543, but ViewSonic has not released any Australian pricing or launch timing at this point.