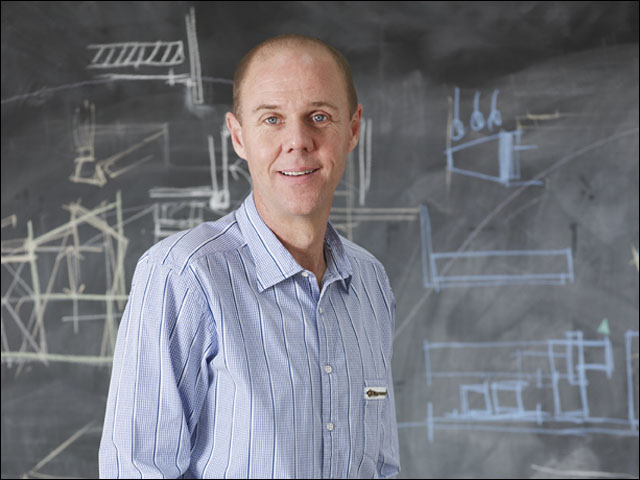 opinion Our coverage of fledgling Australian web 2.0 startup Jump On It last week met with a great degree of cynicism from readers.

On paper the company looks like one of the fastest-growing Australian web 2.0 startups ever — with co-founder Colin Fabig (pictured) claiming Jump On It was on track to make $24 million in revenue this year — just three and half months after launching its site and less than a year after putting the company together.

But readers alleged the $24 million figure was full of hype — as it was based on the total transaction value of Jump On It’s coupon deals, rather than actual income. “You’re reporting the total transation value, which is not the same as the revenue — making this article a load of $#T@,” wrote one reader.

It was a figure that I found hard to believe myself when I interviewed Fabig last week. When I pressed him pretty hard on it, he said he was used to high growth startups — having co-founded a number of fast-growing companies such as The Gadget Factory, iMega, WebMail.co.za over the years. You can read Fabig’s complete employment history on his LinkedIn profile.

However, when you dig a bit deeper into Jump On It’s history, as well as that of its business model –pioneered by Groupon in the US — you find it’s a bit hard to not take the company’s claims seriously.

Firstly, it’s easy to calculate Jump On It’s total revenue on a daily basis. Today, for instance, the company has a $49 coupon for sale to an Indian restaurant in Glebe. 238 people have already bought the coupon (and that number rose several times while I was typing this article).

That bring the direct cash inflows to Jump On It today to $11,662 — and that’s assuming another 238 people don’t buy the coupon in the remaining 11 hours until today’s deal closes.

Jump On It has other deals going in a further nine cities in Australia and New Zealand. So it’s potential total take just from today could easily exceed $100,000. It also has other bonus deals advertised on its site … so it’s easy to see how this figure could go even higher.

The debate then turns to what proportion of the take that Jump On It takes for its own revenue.

One reader claimed Jump On It and other coupon companies take less than 10 percent of the take — which could make the startup’s revenue for today $10,000 or less, in an optimistic case. But startup veteran Niki Scevak pointed out that Groupon is acually pushing for 50 percent internationally.

If Jump On It’s stake was even 30 percent, this would give it a potential yearly revenue stream of $7.8 million if it just listed a new deal in every city every business day of the week at a $49 value and at a 30 percent cut and got a couple of hundred people sign up — not a hard task when you have 500,000 fans on Facebook.

Of course, this is a highly simplistic analysis which grossly generalises the situation. For starters each city will list a different coupon of a different value and make different numbers of sales every day … so it’s more or less impossible to extrapolate exactly what Jump On It’s revenues will be.

However, this sort of analysis does show that Fabig’s $24 million claim is not complete hype — it’s certainly possible that Jump On It is making this kind of revenue.

With this in mind, a still bigger question comes to mind with regard to the startup: When will the giant in the market, Groupon, buy Jump On It?

Over the past year, Groupon has demonstrated a strong penchant for buying up its competitors in international markets rather than expanding there itself. The company bought German rival Citydeal in May, Clandescuento in June, and Japan’s Qpod and Russia’s Darberry in August, for example.

In Australia, Jump On It is the clear market leader in the online coupon space, and its assets are already considerable: More than 500,000 Facebook fans, 35 staff, venture capital funding and experienced leadership.

There are local rivals to Jump On It, but broadly they are unimpressive. We doubt Groupon would buy Scoopon as it’s currently suing the company for trademark breach. Spreets is probably Jump On It’s biggest competitor, but it doesn’t seem to have the breadth of Jump On It’s Facebook assets.

No doubt Microsoft and PBL Media are hoping Groupon would offer them a bomb for their new cudo site … but as the site has just launched, at this stage it’s not worth much.

All of this adds up to a clear picture: If Groupon is planning to expand into Australia, acquiring Jump On It would give it an instant presence, staff on the ground and established contacts with business — not to mention the company’s not-inconsiderable revenue.

Last week Fabig wouldn’t be drawn on Jump On It’s exit strategy. But I’m betting the pair are already talking.