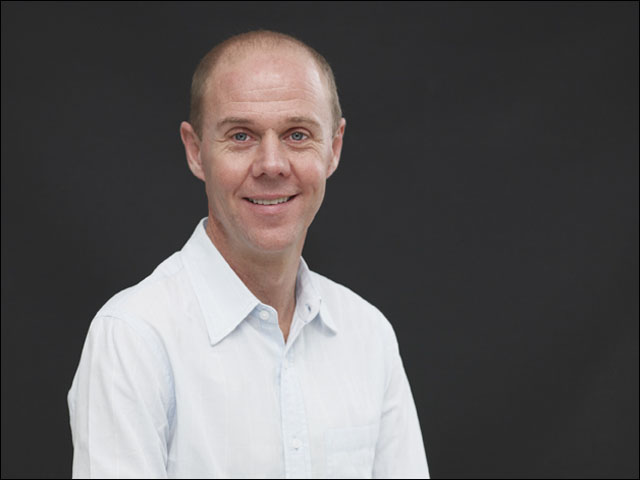 Think Australia doesn’t have what it takes to build a new Google or Facebook? Think again.

Australian web 2.0 startup Jump On It today said it was on track to reach $24 million of revenue in its first year of operation — just three and a half months after it launched locally with the same business model that has made fellow startup GroupOn a billion-dollar business in the United States.

The company was founded by local internet veterans Colin Fabig, James Gilbert and Adam Rigby in November last year. Its model is simple: It will issue one deal — typically a discount at an Australia-based outlet such as a restaurant or hairdresser — per day to its subscriber database. Businesses who sign on to advertise their services only pay when they actually sign up customers.

“The aim of the merchant is to convert them into ongoing payments,” said chief executive Colin Fabig (pictured) in an interview this morning.

Fabig gives the example of a dentist. If such a small business was to advertise a so-called ‘coupon’ deal on Jump On It — which could give customers up to 90 percent off a visit — they will usually be able to sign that customer up for repeat business later on.

The model usually results in advertisers receiving hundreds of calls for bookings to redeem the coupons on the day they are advertised — and the sales keep on coming in throughout the month afterwards. A big part of Jump On It’s work is training the businesses on how to handle the volume.

Fabig acknowledges Jump On It launched to bring the model — popularised in the US by American startup GroupOn — to Australia. Groupon raised $135 million in a fourth round of financing in the US in April, with TechCrunch listing the overall valuation of the company at that stage as being US$1.35 billion.

Locally, Jump On It has raised much less — about $2 million, including $1.3 million from a consortium of investors led by Allen and Buckeridge chairman Roger Allen and Nextec capital, as well as money from the founders themselves.

But if Jump On It does hit $24 million in revenues over this year, that investment — by itself, massive in terms of Australia’s relatively small web 2.0 startup sector — will make its founders and investors overnight millionaires.

The maths are pretty easy — if Jump On It sends 800 customers a restaurant’s way at $40 a pop, it would pick up $32,000 for one day’s work. And with sites across most of Australia’s capital cities, Jump On It has the potential to magnify its revenue through targeting different geographies.

Much of Jump On It’s overnight success comes from Facebook. The company has gleaned 500,000 fans of its network of Facebook pages supporting its online deals — Facebook members pass the coupon links on between each other and ‘like’ them. Fabig says the company’s social media presence grew virally, but also through a bit of help with advertising on Facebook.

The company’s audience is generally between 20 and 40 and live in Australia’s big cities, enjoying the metropolitan lifestyle and trying new restaurants every several weeks, for example.

Jump On It has also built quite a large company — by Australian standards — in a short period of time. It now has 35 staff, in areas as diverse as sales, creative production, IT and customer service. And it offers life support to customers.

The startup wasn’t the first to launch a Groupon clone in Australia, and there is already a clutch of competitors in the market — sites like Scoopon, Spreets and cudo. In China, Fabig says there are even more — thousands.

Ultimately the model that Jump On It is following is much like that of suburban newspapers. Small service are attempting to reach audiences through a publishing platform. And Jump On It’s operation is geared much like a publishing business — it has a publishing schedule, works closely with advertisers and so on.