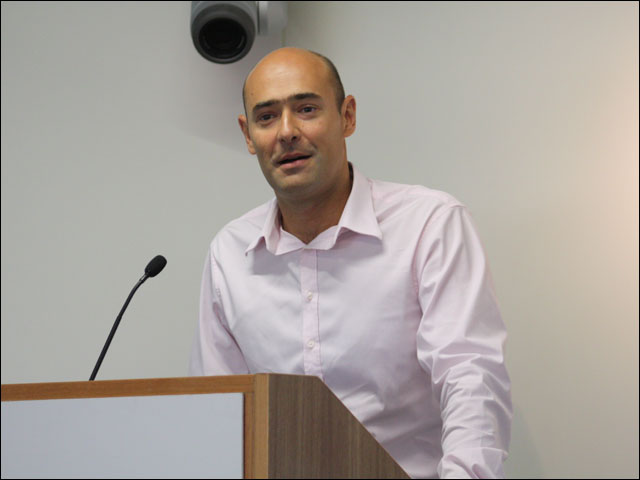 Google has publicly advertised the job leading its Australian and New Zealand operations, following the imminent promotion of its current local chief Karim Temsamani (pictured) to a key mobile position in the search giant’s Mountain View headquarters in the US.

Temsamani has led Google’s rapidly expanding operations in Australia for the past two and a half years after joining from Fairfax Media, but in mid-August the search giant revealed he would head to the US from 1 October.

“As managing director, Australia and New Zealand, you will manage and set the the strategic and operational direction for the Australian and New Zealand market and drive all revenue opportunities and strategic partnerships,” the advertisement states.

“You’ll manage your region’s sales operations, ensuring that your Sales team is sufficiently armed with the research and experience they’ll need to convince clients that Google advertising products can meet and exceed their business objectives.”

The candidate will need a strong academic record, with a higher level degree preferred, at least 15 years’ of combined experience in media, advertising, management and consulting, and a “forward-looking vision” to drive revenue growth to meet Google’s business objectives.

Google also noted that experience interacting with government agencies was a plus.

It’s unusual for the Australian offices of major corporations to advertise for a leader as Google has. More often, such companies will promote an internal staffer, generally with a sales background, to lead the company upon the departure of their local MD.

For example, it was Ericsson Australia’s Telstra account lead, Sam Saba, that stepped up to lead the company when incumbent Jacqueline Hey left her role. And US outsourcing giant earlier this year replaced incumbent Australian chief Nick Wilkinson with Gavin Larkings, a former local executive with the group who was returning from an advanced management course at Harvard.

One internal candidate might be Kate Vale, who led Google in Australia for a number of years and currently holds the title of head of YouTube in Australia, and head of sales operations locally.

Google is also offering many other local job openings, in positions ranging from account management to operations and IT, technical writing, marketing and communications and even legal counsel.