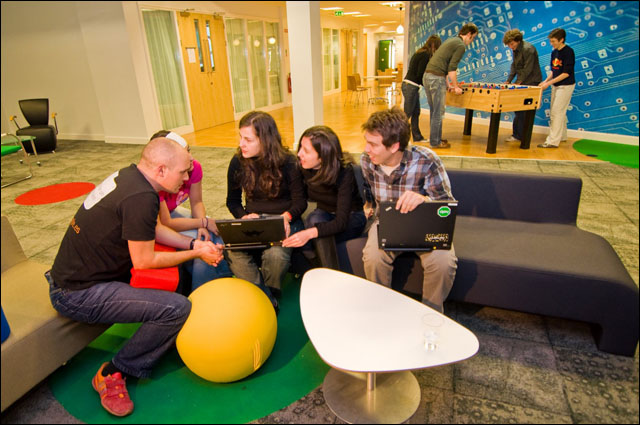 analysis Over the past month Google has taken a triple hit to its Australian management team, losing its local managing director Karim Temsamani to its US headquarters, as well as suffering the resignations of its first local employee, YouTube chief Kate Vale, and its most high-profile engineer, Lars Rasmussen.

And it doesn’t appear as if its local leadership structure will be resolved for some time — more than two months after he announced his departure, the search giant is still advertising Temsamani’s job.

There’s no suggestion at this point that there is any instability in the operations of Google Australia. But it is unusual that the company has not announced an acting managing director in Temsamani’s stead, or clarified who is making top-level decisions at the company.

According to a spokesperson for the search giant, running Google Australia is more in the nature of a team effort than an individual dictatorship anyway.

“At Google Australia & New Zealand we have a very strong leadership group which drives strategy and operations for Google locally,” a spokesperson said, when asked who was currently in charge of the company. “This group, which includes leaders from each of the core areas of our business, also connects teams in Sydney to the opportunities and resources that come from being part of a global company.”

The spokesperson didn’t include any details of who might be in that group — but some hints can be found in some of the company’s recent announcements — as well as in its ongoing company structure.

Google — in Australia, at least — tends to structure its local organisation along several lines. Firstly, as a general rule, it likes to promote local staff in some areas to wider Asia-Pacific responsibilities. We saw this with the appointment of Richard Kimber, who was Google’s managing director of sales and operations for South-East Asia, in July 2006.

Kimber — who left two years later to lead Friendster — sat above then-Google head of sales and operations Kate Vale. It appeared as if he had broad responsibility for Australia and the wider geographic area.

Extrapolating, in March this year, Google promoted its head of agency relations Guy Gibbs to lead agency relations in the Asia-Pacific region. Before Gibbs joined Google in 2006, he was a deputy sales director at News Corporation in Melbourne. His current role sees him liasing with the advertising agencies who are key to Google’s revenue base.

It’s likely Gibbs is part of Google’s local leadership team, as will be several of the people we will list below.

Another clue to Google Australia’s structure is its differing uses of the words ‘head’ and ‘leader’. So, for example, Karen Stocks was promoted to the role of head of media sales in Australia in March, after joining Google as its online sales and operations manager in 2007. She was previously a general manager at Vodafone.

Like Gibbs, Stocks is a ‘head’ of an area at Google, and likely responsible for a sizable chunk of the company’s Australian revenue.

Most of these executives are ad and product marketing/management people — with a few operations and administration types.

When you get into product development, on the other hand, things appear relatively clear. Google runs a fairly substantial engineering centre in Australia. And the ‘head’ of that centre is engineering director Alan Noble. Rasmussen’s departure won’t affect that, although it may mean a slight change of focus in Google Australia’s technical development following his departure.

One of the other ways Google structures its local team is by industry verticals. These executives are typically known as the ‘leader’ of their vertical. And it’s possible that they would have dotted lines of accountability to the overarching ‘heads’ that have bigger remits.

Two examples of recently promoted industry leaders that we could find are:

Then there are some wild cards.

Most of the executives listed above — especially those with job histories which have both ‘sales’ and ‘operations’ in them — would probably like to think they could be candidates, now or in the future, to run Google Australia. Odds are — given Google’s history of promoting from within — that some of them have already applied for the managing director role which Google is still advertising.

But it remains unclear just how the company’s operations are being run right now, with Temsamani out of the picture and senior heads like Kate Vale also gone.

One final interesting note to come out of this analysis: Out of all of the names we dug up who might be involved in Google’s management team, we only found one concrete technical one — that of engineering director Alan Noble. There were also a couple of other engineering management types that popped up — such as manager of network operations Phillip Grasso — but it’s unlikely they are involved in day to day management decisions.

Did we miss anyone?

Image credit: Google. Note: Data for this article was pulled from online sources such as LinkedIn and other offline sources