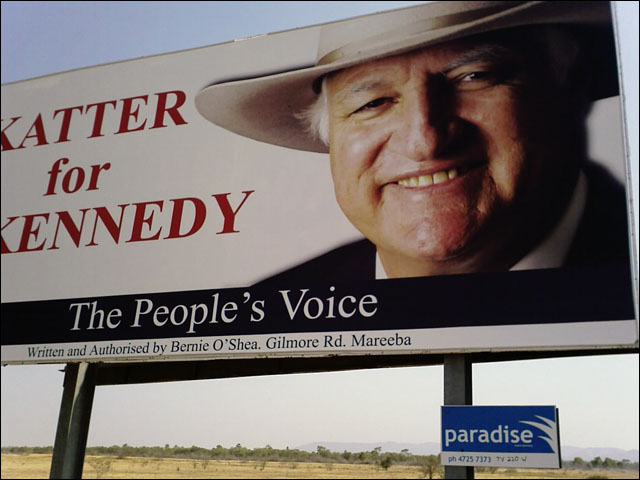 Federal Independent MP Bob Katter today claimed that there was little difference between the broadband policies of the two major parties at a press conference this afternoon, where he announced his support for the Coalition.

“There were issues like broadband, where I think they weren’t all that far apart,” Katter said. However, the MP said he believed the ALP had a better “broadband deal”.

The telecommunications industry and other stakeholders broadly criticised the Coalition’s broadband policy when it was announced late in the election campaign, due to its more minimalist approach when compared with Labor’s $43 billion policy. The Coalition is only planning to spend $6 billion on its policy.

Australia now waits for the other two independents’ — Rob Oakshott and Tony Windsor — decisions, which are scheduled to be announced at another press conference at 3pm today.

In the same month, Prime Minister Julia Gillard had requested for the three members to meet with her and NBN Co chief executive Mike Quigley to discuss the NBN.

In february this year, Katter — along with Conroy and Leighton executive Peter McGrath — launched a fibre optic rollout in Mt Isa, Northern Queensland.