Australia’s technology sector is no stranger to booth babe controversy. We’ve had Leisuresuit Larry Bloch’s naughty nurses at CeBIT, we’ve had Pamela Anderson covered in cream in salacious advertisements put together by Crazy Domains, and that’s only been within the past year or so.

But we really didn’t expect this kind of behaviour from Microsoft, one of the more … buttoned down of companies.

However, it appears that things at the company’s giant Tech.Ed confab on the Gold Coast got a little wild last night when some young ladies dressed in the region’s traditional historical garb showed up … that’s right: The Gold Coast’s Meter Maids were in town. 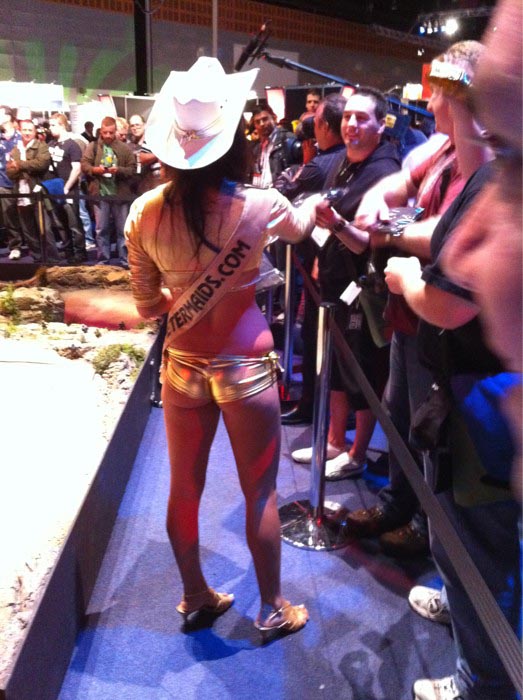 The reaction from the predominantly male attendee base was immediately positive:

But some immediately started questioning what sort of image the Meter Maids were creating: 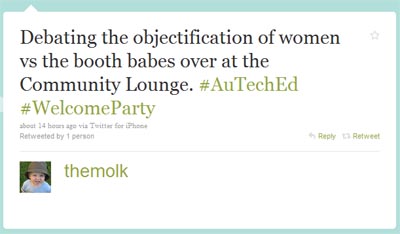 And some immediately pointed out that Microsoft might have double standards. “It does make me ask: Hello Microsoft — I still don’t understand how this fits with your session encouraging women in IT tomorrow? WTF?” asked Kate Carruthers, a senior social business consultant at Headshift Australia and well-known members of the Twitterati.

But out of the whole debacle, what most amused Oh Dear was the creation of a new Twitter account to entertain the Tech.Ed masses: 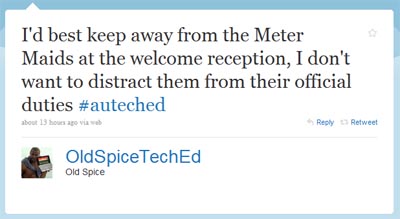