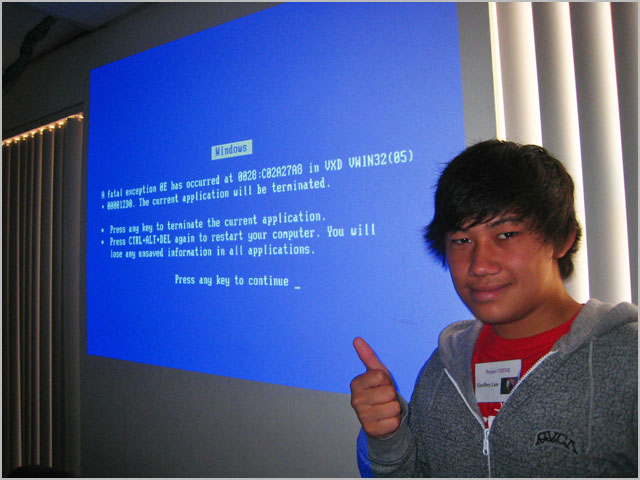 news Problems with the storage area network serving Microsoft’s Tech.Ed conference on the Gold Coast this week have resulted in some attendees not being able to complete the Microsoft-focused training they had booked in for.

In the several days before the Tech.Ed conference kicks off formally, Microsoft hosts training sessions for conference attendees using giant banks of PCs and extensive backing infrastructure. The sessions are a major drawcard for conference attendees, as they aid organisations in justifying the cost of attending Tech.Ed — Microsoft’s largest annual conference in Australia. However, this year, not all has gone according to plan.

“I, along with a few hundred others, paid the princely sum of $715.00 (plus extra accommodation, food etc) to attend what should have been two fully packed days of learning and tech geekery,” wrote Hayden McManus, a member of the AUTechHeads user group, on his blog on the site. “Instead, we encountered death by PowerPoint, error messages such as “SYSTEM IS FULL – All of our available lab connections are in use at the moment, Please check back at a later time” and generally high levels of nerd-rage and frustration.”

According to McManus, the problems continued as the Tech.Ed training sessions wore on — with “endless loading/progress bars, VMs that wouldn’t start and generally very slow or poor performance” plaguing users’ machines.

“At the conclusion of afternoon tea, a Microsoft staffer and an engineer from HP were ushered into our lab, and made the announcement that disk queue’s were the fault, and that possibly there was an issue with the SAN,” he added. “The Microsoft staffer was profoundly apologetic, and even mentioned that there would be the possibility of the provision of vouchers for training as an apology.”

The Tech.Ed infrastructure this year appears to have been constructed with the aid of Microsoft partner HP.

opinion/analysis
These kind of system failures at conferences are fairly common — ever tried to connect to a conference centre’s wireless connection? — but we’re a bit surprised to see them taking place at Tech.Ed. Normally Microsoft exhaustively tests the infrastructure at its flagship conferences, and we’re sure there are some engineers within the Microsoft camp this week kicking themselves up and down the block for the issues.

Like McManus, however, we have some sympathy for the poor Microsoft techs who set up the situation. Sure, it’s not the best, but don’t be too tough on yourselves, guys. Tech.Ed is a giant endeavour, and setting up that kind of infrastructure out there on the road so quickly is always tough. And despite the issues, we’d bet those attending Tech.Ed this week will be having a ball regardless — Tech.Ed is always a whole ball of fun ;)