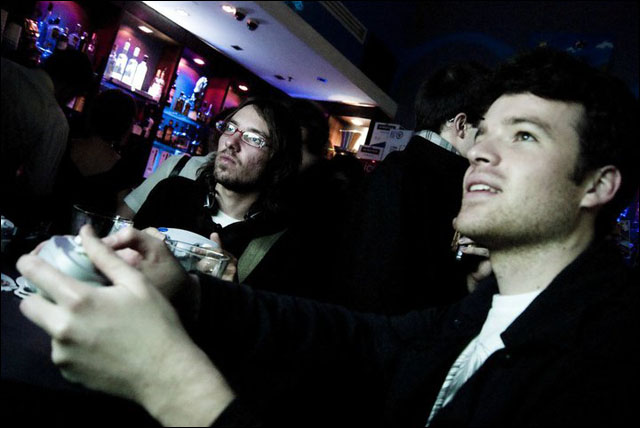 Australia’s first video game bar Mana Bar has announced plans to expand to Sydney, Melbourne and internationally, a move which is likely to be welcomed by the increasingly adult gaming demographic.

“After only four months of being open, I can confirm that we will be expanding and opening up Mana Bars in Sydney and Melbourne, as well as internationally,” said owner Guy ‘Yug’ Blomberg today.

Manabar has plans to expand into the metro areas of Melbourne, Sydney and has international licencing plans “all kicking into gear within months … very very very fucking exciting,” Yug said. “People like to drink cocktails and play video games, and now we get to prove that all across the world!”

The first hint of Manabar expansion happened last night when Yug posted “It’s going to happen … sooner than you think … stay tuned ;)” on Facebook activism pages “Sydney Needs a Mana Bar” and “Melbourne Needs a Manabar”. The comment whipped the community awake and caused reactions on the pages from “Oh god, I think I just messed my pants” to “VICTORY IS OURS!”. The Manabar mothership is in located in the funky suburb of Fortitude Valley, Brisbane and was established in March 20 of this year.

The video game/bar fusion was the brain explosion out of Yug’s head — it seemed like an obvious idea to him. He especially found the idea intriguing that Australia was arguably the first to do it. “It’s exceptionally exciting — not just the fact that the concept itself worked — but that it was done first here in Australia,” he said.

He joined forces with three superstars to set the venture up running — Shay Leighton, Ben ‘Yahtzee’ Croshaw and Prasant ‘Pras’ Moorthy — who are all co-owners in the enterprise.

Shay “a legend in the local hospitality industry” is the bar operator and brings with him umpteen years’ hospitality experience. He is also the debauched culprit of the video game-influenced cocktails on offer at the Mana Bar, with the likes of Breath Of Fire, Princess Peach, Health Potion, Ocarina of Lime and many more being offered.

Yahtzee — the creator of renowned video game commentary satire video blog Zero Punctuation and writer — is the celebrity MC who maintains the level of chaos amongst the throng of patrons.

Pras holds the Mr Responsibility title — running the finance and risk management of the operation — the individual who keeps the bar from floating into the clouds. He is also a senior designer at Sega Creative Assembly. Yug wears many hats in the operation of the Mana Bar — owner, marketing, PR events coordinator and community manager.