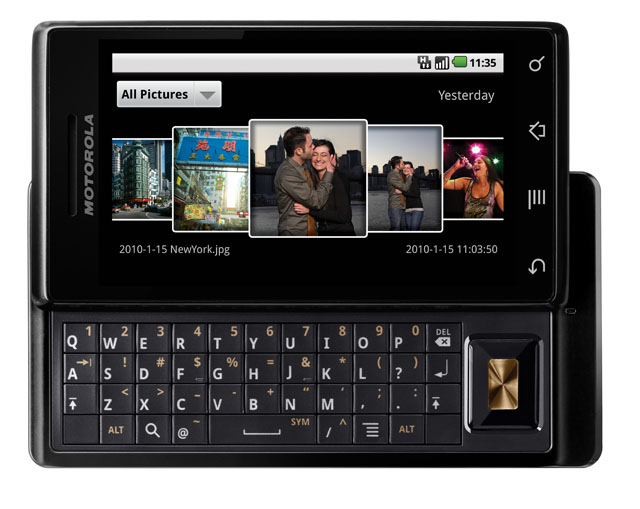 Australian technology blog Techanist yesterday reported that Optus would launch yet another handset based on Google’s Android operating system into the Australian market – Motorola’s Droid device, which has been re-badged as the Milestone with WCDMA/GSM support for markets outside the US.

“It’s been confirmed that Optus will have the Motorola Milestone available to customers mid this month, starting $0 on a $79 Cap,” the blog reported. A local Motorola executive would not confirm details of any imminent launches this week during a general interview about the Android platform, but they did add the manufacturer was happy with its exclusive relationship with Optus.

Optus has been invited by email to make a comment on the situation — any response will be added to this article as an update.

When the Droid was launched in the US back in October 2009, it garnered a significant level of hype as one of the first of an incoming wave of next-generation handsets including the Sony Ericsson Xperia X10, the HTC Desire and HTC-manufactured Google Nexus one.

The phones — particularly through the installation of version 2.1 of Android — have started to be seen as approachoing the level of functionality and user experience that Apple customers have enjoyed for some time through the iPhone.

Telstra has achieved a significant level of interest in the Android platform in Australia through its exclusive launch of the HTC Desire, while Optus has an extensive partnership with Motorola that has seen it launch several Android handsets such as the DEXT and BACKFLIP.

The Droid was also launched in the United Kingdom and in Hong Kong late last year, and in India in March. So far, it has only been available in Australia through online vendors such as Mobicity.com.au and not directly from any mobile carrier.

The phone includes a slide-out keyboard as well as a 3.7” touchscreen display at a resolution of 854×480, a 5 megapixel camera, MicroSDHC card support and a 550Mhz CPU, according to Wikipedia. Australian technology publication CNET.com.au has comprehensively reviewed the phone, giving it an editor’s rating of 8.5 out of 10.