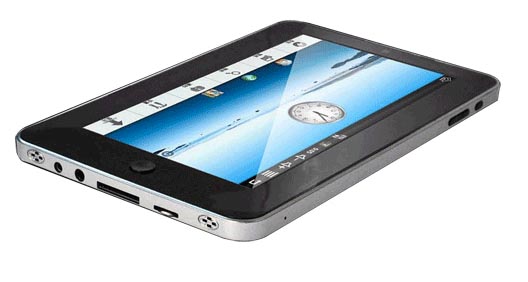 On the eve of the launch of the Apple iPad in Australia, local PC manufacturer Pioneer has revealed plans to launch an Android-based competitor.

The company issued a media release this week stating it would launch its DreamBook ePad 7 — which it has billed as “a revolutionary iPad-style mobile computer” at the Computex trade fair in Taiwan, which runs from the 1st to the 5th of June.

According to specifications published online, the Pioneer ePad has a Wi-Fi network connection, and can take an external 3G mobile broadband USB dongle to bring its networking capabilities up to speed with the upper iPad editions. It has 2GB of flash memory storage but can take up to 32GB more with an expansion card. Like the iPad and iPhone, it has a sensor which detects which way the screen rotates, and it can take external Bluetooth and GPS connections.

The tablet will support external USB storage devices and keyboard and mice, and the full range of applications from Google’s software store will run. The LCD screen supports a resolution of 800 by 480 pixels, and there is a built-in headphone socket and a microphone. Currently the tablet runs version 1.6 of the Android operating system.

The included CPU is listed as a ‘WM8505+’ model, and the tablet also comes with an included camera, although it’s not sure what megapixel rating it holds.

Further information is being requested from Pioneer about the device’s availability.

The ePad 7 is not the first tablet or eReader device that Pioneer has launched – it currently offers a range of others, ranging in price from US$149 for a basic colour eReader unit, up to $499 for a fully kitted out eReader. Its previous ePad, the B1, ran the Compact version of Microsoft Windows.