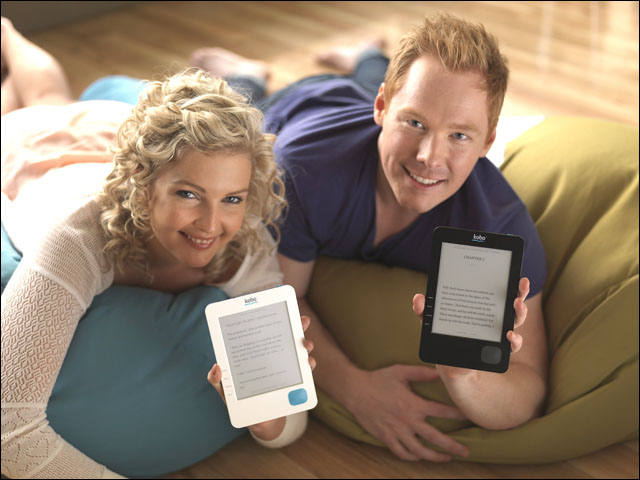 As expected, retail chain Borders today started selling the Kobo eReader device in Australia for $199 both through its stores and online, promising that the Kobo platform would allow readers to access their eBooks on other platforms such as the iPhone and iPad.

In a statement issued by Borders at the Sydney launch of the device, REDGroup Retail, which operates the Borders brand in Australia, said that over 2 million titles – including “a great range of dedicated Australian content” –- would be available over the Kobo platform.

Fenlon said the Kobo eBooks could be accessed on the iPhone, BlackBerry, Android, iPad, PC or dedicated eReading device. “We have developed a range of free apps for iPhone, iPad and other leading devices in the market so eBooks can be downloaded directly to those devices,” he said.

The company is also planning to advance its technology so that customers will be able to bookmark pages in books and have those bookmarks automatically transfer across to other devices when they open a specific eBook.

“We are delighted to have secured content deals with Australian publishers, both large and independent, ensuring long-term sustainable content for our eBook platform,” he said. “Over 100 publishers have come on board. New titles will constantly be added to the already 2 million available, ensuring we always have a comprehensive content offering.”

“Australians are early adopters of new technology and moreover they are avid readers, and we believe there is a very strong appetite for eBooks in this country.”

In Borders’ press pack it had promotional material for Australian titles such as Ray Martin’s autobiography. Borders also said it would make 100 eBooks available free with its eReader – although most of those listed in promotional material were titles for which copyright restrictions have expired – such as Jane Austen’s Pride and Prejudice or Leo Tolstoy’s War and Peace.

Full specifications for the Kobo eBook reader are available online, but in brief, the device has a 6” screen and weighs 221g. It doesn’t have an LCD screen like the Apple iPad – instead using the e-ink format which the Amazon Kindle shares.

Borders said the eReader can hold 1,000 eBooks and can also have its storage expanded with an additional SD memory card. However, unlike the Amazon Kindle, users will not be able to download eBooks directly to the device – they will need to sync it with their PC first.