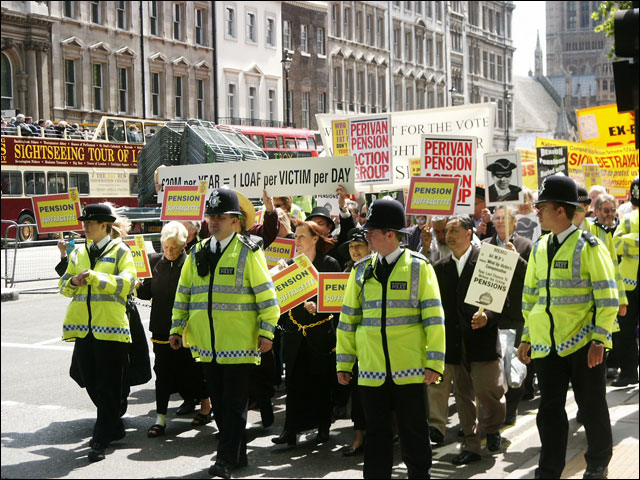 Unionised Telstra workers belonging to the Communications, Electrical and Plumbing Union (CEPU) will hit the streets in Melbourne this morning to make sure their long-running demand for better pay is heard by Telstra’s management (note: the photo above is a stock photo and is not a photo of the Telstra strike today).

Victorian Branch secretary of the CEPU Len Cooper, said it was hard to say, but at least hundreds of staff were expected to walk off the job at 10AM to meet comrades for a mass meeting at 11AM at the city’s Trades Hall. After that at 1PM, a march will be held culminating in a protest rally outside Telstra’s flagship [T]Life store located on the corner of Bourke and Swanston streets.

The union official said since new Telstra chief executive David Thodey took the telco’s reins last year from Sol Trujillo, progress had been made on the CEPU’s demands on conditions of employment for staff, but the current sticking point in the negotiations on a new enterprise agreement for staff.

Telstra workers across the company are expected to walk off the job — especially operational staff who conduct installation and maintenance work on customer equipment, but also admin staff and both metropolitan and regional workers.

Cooper said non-union staff had already had their own increase backdated to 2008. The unionised workers would probably be prepared to wear a lack of backdating if their own pay increases went ahead to the required level, he said, but they were firm on the issue of equal work for equal pay. “We think the middle road is that they correct the annual pay,” he said.

Another issue is that Telstra recently confirmed it was considering cutting around 900 jobs over the coming year, although it stressed the idea was just a proposal as part of its annual business planning.

Telstra has been contacted for a comment on the union action.