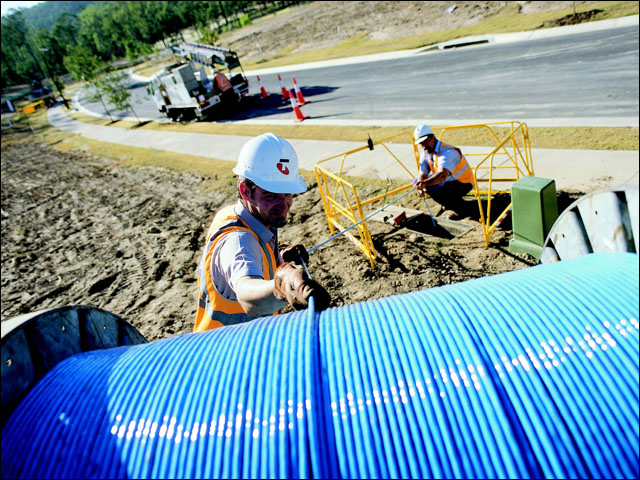 Two major unions and Telstra rival iiNet have welcomed the telco’s $11 billion deal with the company behind the National Broadband Network.

Yesterday afternoon Telstra revealed it had signed a preliminary $11 billion deal with NBN Co that would see the telco migrate its telephone and broadband customers onto the fibre National Broadband Network, with its copper (ADSL) network to be shut down and no more broadband services to be provided over its HFC cable network.

In a joint statement the Australian Council of Trade Unions and the Communications, Electrical and Plumbing Union said the deal was good news for the nation’s infrastructure and jobs in the telco sector. The deal includes $100 million to be paid to Telstra for re-training and re-deploying staff whose jobs would affected by the move from its copper network to the fibre NBN.

“This deal helps resolve major barriers with the project and is a major step forward,” said ACTU secretary Jeff Lawrence. “It means everyone working in our communications industry and particularly Telstra employees can have greater confidence and job security.”

“It provides direct job opportunities for thousands of people who will be involved in building and operating the network. And it will have an impact on thousands more throughout the economy once it is up and running.”

Lawrence said it was important that Telstra now conclude its long-running negotiations with staff over a new collective agreement for the company, saying the NBN Co deal was another sign that Telstra’s new management under David Thodey wanted to move on from the “stubbornly aggressive and counter-productive stance” of its previous CEO Sol Trujillo.

CEPU national president Ed Husic said the deal would generate “a jobs boom” for a sector that had suffered waves of redundancies — including many over the past few years within Telstra.

“We also want to secure decent jobs for our members and ensure they have the prospect of good careers in a sustainable and successful Australian communication industry,” Husic said.

“That’s why unions are in discussions with the NBN Co over employment conditions for workers on the project.”

Separately, national broadband provider iiNet — a major Telstra competitor — welcomed the agreement, with CEO Michael Malone saying his company had always believed the NBN would be better served by having Telstra involved than not.

“From our initial examination of yesterday’s announcement, the agreement is consistent with the Federal Government’s early commitments of an open access network, structural separation and regulatory reform,” Malone said.