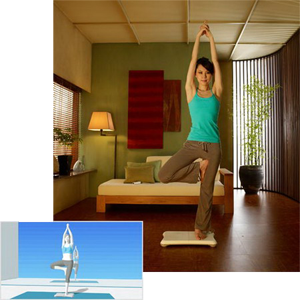 opinion A fascinating news story popped up over the weekend about a debate in the Victorian Parliament over whether the state’s WorkCover Authority should pay an injured man for the cost of a Nintendo Wii console and Wii Fit game to aid with rehabilitation.

On one side of the fence is assistant Opposition Treasurer Gordon Rich-Phillips, who maintained the claim by a Coburg resident — a Mr Jones — was legitimate and should be taken seriously.

On the other side is WorkCover Minister Tim Holding, who ridiculed Rich-Phillips for saying the State Government should spend money on video games when the claim had already been assessed by WorkCover and knocked back.

Holding said in Parliament that both insurer GIO and WorkSafe Victoria had investigated the issue and found that Jones’ apparent medical advice that he needed a Wii for rehabilitation didn’t mean it was a reasonable cost.

Now this story probably first got a run in the press because of what many people would consider to be its ridiculous nature. After all, many people in the general public would ask, since when have video games been considered rehabilitation tools?

You can imagine the general ridicule that many Australians would feel for a situation in which a government authority would pay for a device which is most commonly associated with titles like Zelda and Mario. The typical response, I imagine, would be something like: “Get off your butt and do some work, you dole bludger”.

And yet, there is much to be said for the other side of the argument.

Firstly, I own the Wii Fit game and attachment, and I can say wholeheartedly that there is nothing “game”-like about the damn thing.

“Playing” it is more akin to an excellent demonstration of the sorts of modern torture you are likely to find in any major gym in Australia. You run up and down on the spot. You do lunges, push-ups, sit-ups and probably even tricep dips.

Just when you think you can do no more exercise using the damn thing, it challenges you to beat the on-screen instructor in a trial of endurance.

The Wii Fit is more than capable of teaching its users in the fitness techniques of aerobics, Yoga, balance training and so on. One of the best (or worst) of its included features is that it will nag you when you haven’t used it for a while — just as a good gym instructor will. And it even weighs you every time you step onto its attachment — so that it can track your body mass index over time.

All of these attributes have led to the Wii Fit being used in medical and aged care facilities around the globe for exactly the purpose that Jones is claiming he wants one — for rehabilitation.

Take the example of several hospitals in Lancashire in the UK, which were so enthused with the potential of the Wii Fit that they issued a press release espousing its use in rehabiliting young patients.

“Physiotherapy sessions for children and young people often use play or diversion techniques to get them to overcome any discomfort or stiffness they may feel,” said Lesley Walters, Head of Physiotherapy, Lancashire Teaching Hospitals NHS Foundation Trust, back in October 2008.

“Wii Fit is a great way of using computer games to stimulate interest while performing exercises which can be uncomfortable. We encourage people to have fun while undergoing physiotherapy and the use of a computer games console which encourages fitness is a fantastic innovation for physiotherapy.”

In Australia, the Sydney Morning Herald reported a year earlier in September 2007 that nursing homes around the country were incorporating video games — particularly the Wii — into their official activity programs as a way of keeping aged care residents mentally and physically fit.

“They’re having so much fun they don’t even realise the exercise and stimulation they get from it,” said Toni Doherty, the Amity nursing home in Greenacre’s aged-care services manager.

Now your writer doesn’t know the particulars of the government regulations or insurance codes that might be stopping Victoria from handing over the cold hard cash to Jones so he can spend his days tying himself into knots with the Wii Fit.

But I do know one thing — ridiculing the Wii Fit as a video game in 2010 just makes politicians look silly. My aching muscles and — by now, no doubt — millions of people around the world using the device to make their daily health just that little bit better would argue it is much more.